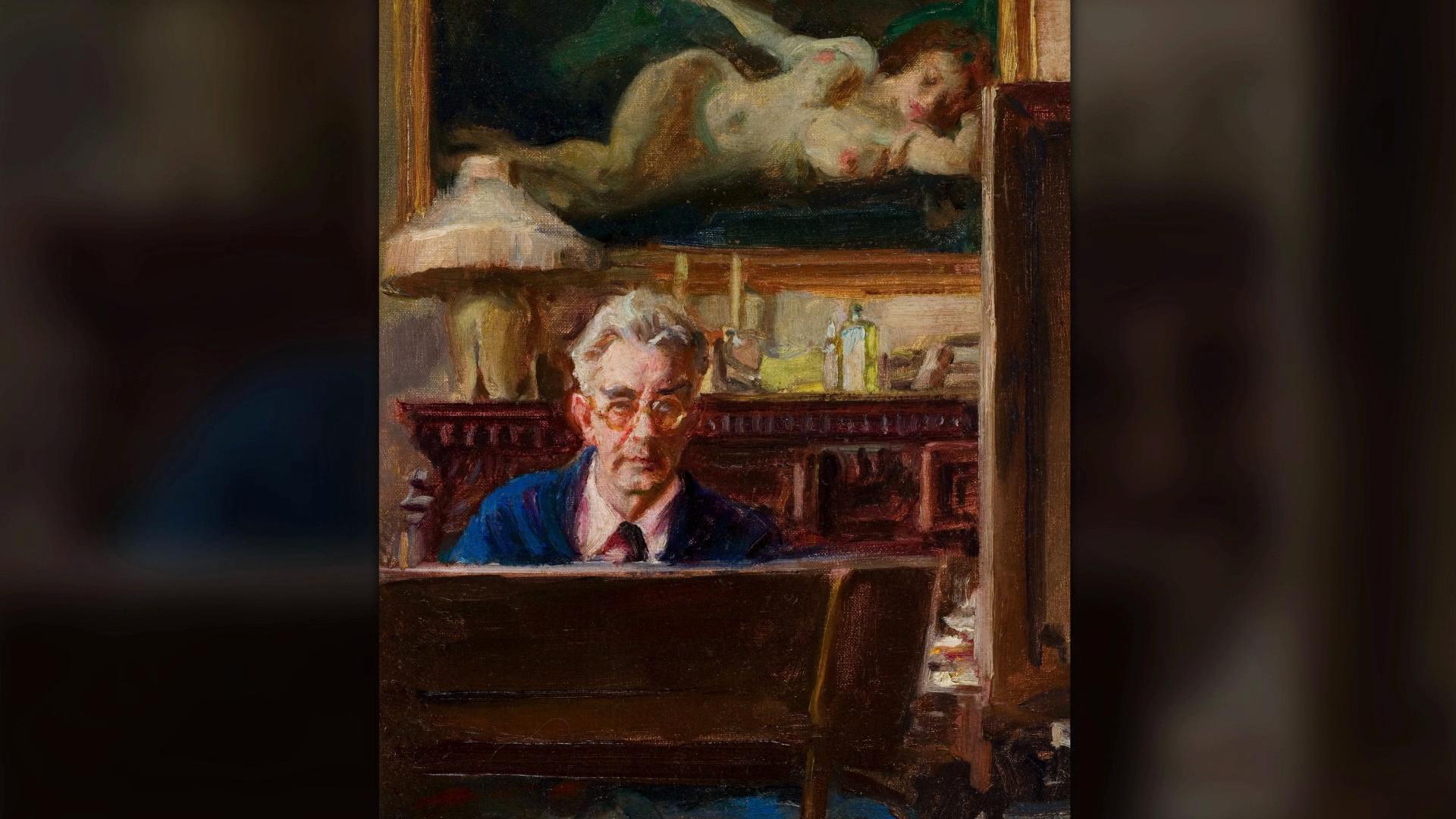 Almost everyone's familiar with the stern image of "Uncle Sam" imploring young men to register for service in a World War I recruiting poster. The artist behind the work was James Montgomery Flagg, who's lesser known for his other works, including sensuous images of women.

One of his particular favorites mysteriously vanished decades ago. Flagg was Ray Kinstler's mentor. Kinstler said Flagg's most treasured piece was this nude, of his model and love, Ilse Hoffmann.

"When he painted people, they breathed" Kinstler told CBS News' Anna Werner. "You could feel the character, in a way, and the whole personality."

After Flagg's death in 1960, Kinstler helped clear out Flagg's New York apartment. "I remember looking out of the window, and the painting was there," Kinstler said. "Everything was in place."

But the next time he went, the beloved nude had vanished. Kinstler figured maybe a building worker stole it.

"I said, 'It's probably the superintendent, who got his kicks out of looking at a really hot nude and I'll bet you it's in somebody's apartment in Brooklyn,'" Kinstler said.

Collector and attorney James Head writes about "The American Illustrators of Beauty." Two years ago he saw this picture in an auction house catalog. Sure enough, it was the missing nude.

"I thought I would never see it," Head said. "This is the mysterious-- mysteriously disappearing nude, and there it was."

Both Head and Kinstler alerted heritage auctions they might be selling a stolen item. Someone else noticed, too, Sergeant Mark Amundson of the New York City Police Department.

"We received a call from James Montgomery Flagg's granddaughter," Amundson said. "She said that there was an auction going on and her grandfather's stolen painting was on it."

Amundson usually investigates more recent crimes, where evidence is fresh. But in a case going back 58 years, he wasn't even sure he'd be able to find a police report.

Amundson had to determine where the report would have been filed and then search for it. He looked through roughly 6,000 records, motivated in part by Flagg's daughter and in part by an appreciation for history.

"She was adamant that the painting was stolen," Amundson said. "And, you know, it's part of her family's history. And let's face it, James Montgomery Flagg is a part of New York history and American history. So to get an opportunity to investigate something like that comes by you once in a lifetime. So I figured I'd take a shot. And at the very least, I can give her an answer."

And 6,000 reports later, there it was: "One oil painting misplaced in manner unknown."

That single phrase gave Flagg's descendants the ability to get the painting pulled from the auction, and put it back where it belonged, with a family member.

As to where it disappeared to all those years? Even the detective can't say.

"Because we can't prove one way or the other, especially with such a time lapse, that there was ever any criminal intent on what happened," Amundson said. "So, I couldn't prove that someone tried to steal it or did steal it. All I can prove is that somehow it went missing and it ended up on this auction house, or it ended up in the hands of someone else. So, I don't know."

But the story of the painting is one Ray Kinstler thinks Flagg would have appreciated.

"I think the old bastard would be amused with this," Kinstler said. "He had a great sense of the ridiculous, and he had an ironical side to him. As he said in his will, ugliness is everywhere, but he said, 'I still believe beauty exists.'"

CBS News learned that Raymond Kinstler passed away on Sunday at the age of 92.

As for the painting by his mentor, Flagg, it's now at the home of one of Flagg's descendants.