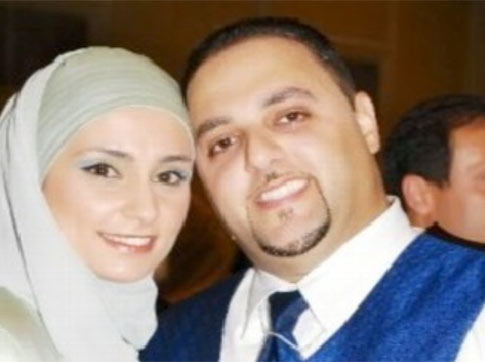 (CBS/WGCL) BARTOW COUNTY, Ga. - Abed Suleiman is clearing up questions about where his wife was for six days and why she left her five kids and husband. Wazineh Suleiman did not want to talk on camera or with reporters.

"There was a lack of communication there. I was so blind to some of this, I couldn't see any of this coming," Abed Suleiman told CBS affiliate WGCL.

Abed Suleiman admits he is partly to blame for his wife's disappearance. Wazineh Suleiman went missing after her husband returned from a trip unexpectedly to find the kids home alone. They exchanged heated text messages.

For days people searched for the missing mother of five, wondering what would make her leave her children behind. Suleiman admits he's pushed Wazineh Suleiman before, but said it was all in the past.

"Give me some space, and maybe you know, but nothing physical where I would punch her or knock her out or hospitalize her or anything like that, no," said Abed Suleiman.

But that threatening text message apparently scared her enough to sleep in her car in an empty parking lot her first night away. Suleiman said she spent the next few days in a women's shelter in Cobb County. Suleiman said he's convinced she left because of what her actions meant in the Muslim culture.

"She didn't leave here because she feared for her life. She left because it's a great dishonor and disgrace and to us that's a lot when you do that to your husband and your family," said Abed Suleiman.

Suleiman said when his wife came home, she admitted she needed a break.

The two had an arranged marriage when they were teenagers. Abed Suleiman said he will never tell or text his wife that he'll kill her again.