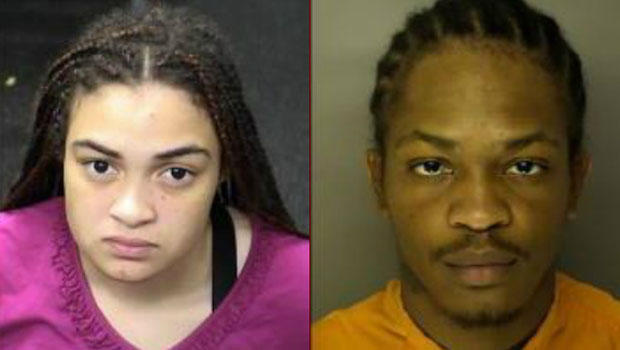 SOCASTEE, S.C. -- A South Carolina couple is under arrest after the remains of a baby missing since July were uncovered, reports CBS affiliate WBTW.

The death is reportedly being investigated as a homicide. Her body has been sent to the Medical University of South Carolina in Charleston to determine the cause of death.

The station reports that warrants released Monday by Myrtle Beach police allege Simmons beat the baby to death, and that Harriett didn't help the child and tried to cover up the death.

Harriett reportedly told police that she watched the 9-month-old die and placed the deceased baby in a car seat before Simmons left their apartment.

Warrants say the couple met the next day and buried the baby in a wooded area, the station reports.