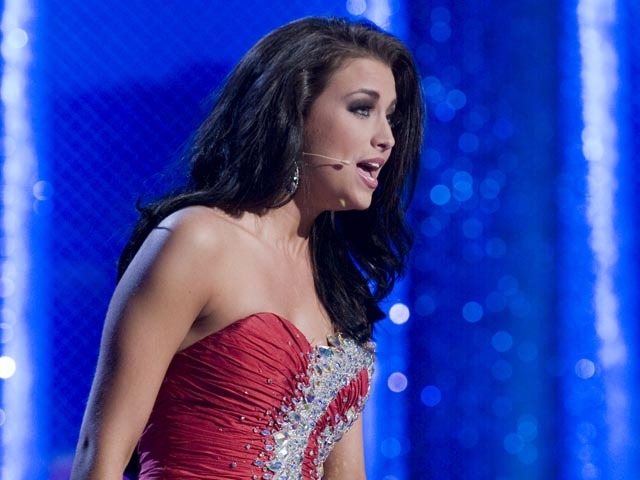 The Wisconsin beauty queen, who won the 2012 Miss America pageant, said she wanted children of incarcerated adults to feel less alone, to have mentoring and to pursue as much of a relationship with their parents as possible.

"There are many of you out there and I was one of them but it doesn't have to define you," Kaeppeler told The Associated Press after winning the crown and $50,000 scholarship on Saturday night. More than 2 million U.S. children have a parent in jail, she estimated.

The brunette opera singer, who won the talent preliminaries, was 18 and just graduating from high school when her father started an 18-month sentence in federal prison for mail fraud.

Her father, Jeff Kaeppeler, said when his daughter approached the family about making the personal topic her chosen platform, they supported it even though they knew it would be discussed publicly.

"It taught us that God can turn anything into good if you let him," he said. "Laura is totally on board with that idea. She let that drive her and inspire her this past year to get ready for this."

Violins of Hope
Thanks for reading CBS NEWS.
Create your free account or log in
for more features.
View CBS News In
CBS News App Open
Chrome Safari Continue
Be the first to know
Get browser notifications for breaking news, live events, and exclusive reporting.