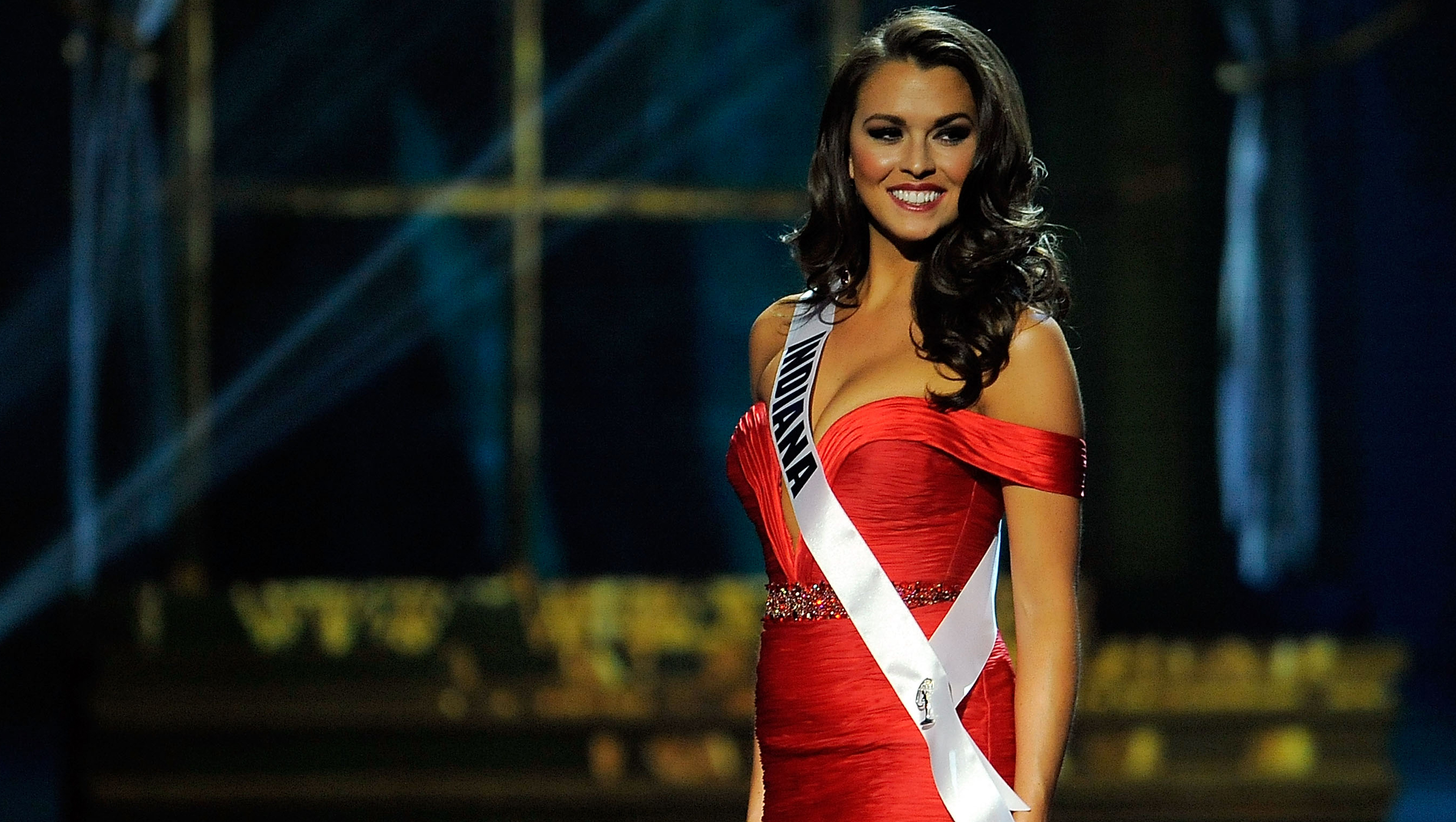 Miss Indiana Mekayla Diehl became the social media phenomenon of the Miss USA 2014 pageant when she revealed a bikini body that actually dared to look perfectly normal on Sunday night. Now, she's responding to the positive attention -- and also sharing a dark secret from her past -- with ET.

The 25-year-old tells ET that despite being eliminated from the competition because her swimsuit scores weren't high enough, "Having such a positive feedback on my body, [it feels like a win] in itself."

Many on social media applauded Diehl for her refreshingly healthy look, as opposed to looking like what some termed a "twig" during the competition. Surprisingly, she is actually 25 pounds heavier than the average Miss USA contestant. At 5'8", she weighs 137 pounds and wears a size 4 dress.

"I'm 25 and a woman, so I'm glad I look womanly," she says proudly of her natural look.

Another aspect of her make-up that she owns confidently is a painful secret from her past -- she was sexually molested when she was a child by a family friend. But instead of living in shame, she works with other young women who have suffered abuse.

"I think I'm inspiring a lot of young girls, which is what we need in today's society," she says.

Watch the video for more: