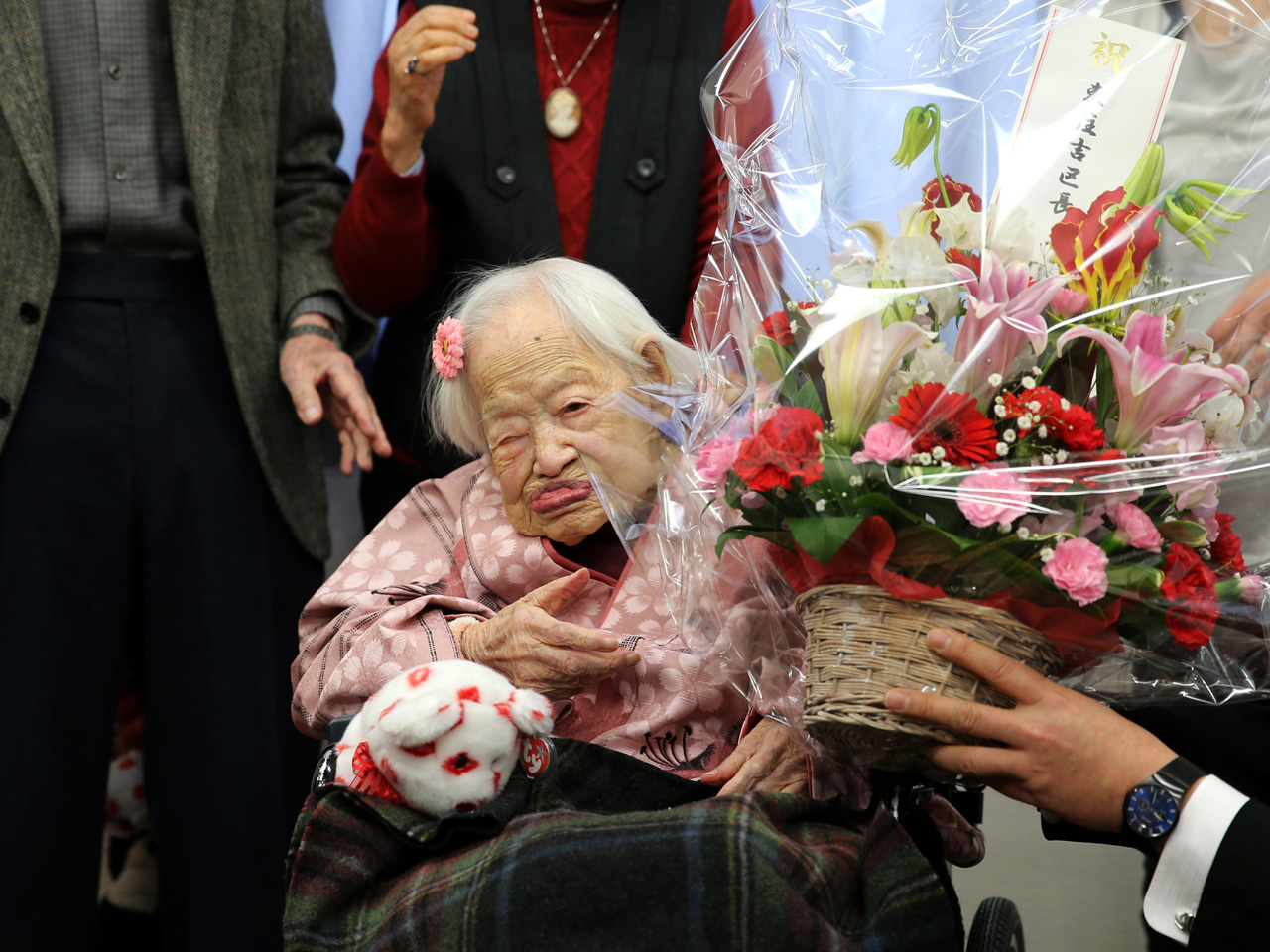 Misao Okawa, the daughter of a kimono maker, made the comment Wednesday, at a celebration a day before her 117th birthday. Appropriately, she was wearing a pink kimono decorated with cherry blossom prints.

Okawa, born in Osaka on March 5, 1898, was recognized as the world's oldest person by Guinness World Records in 2013.

"It seemed rather short," she said after Osaka government official Takehiro Ogura, who brought her a big bouquet, asked how she felt about living for 117 years.

Okawa, her hair decorated with a pink daisy pin, looked up from her wheelchair and said she was "very happy" to be that age.

Asked for the secret of her longevity, she responded nonchalantly, "I wonder about that too."

Japan has the most centenarians in the world, with more than 58,000, according to the government. About 87 percent of them are women.

Okawa has slowed in recent months and has trouble hearing but she eats well and is in good health, according to her Osaka nursing home, where Wednesday's televised celebration was held.

Okawa married her husband, Yukio, in 1919, and they had three children - two daughters and a son. She now has four grandchildren and six great-grandchildren. Her husband died in 1931.