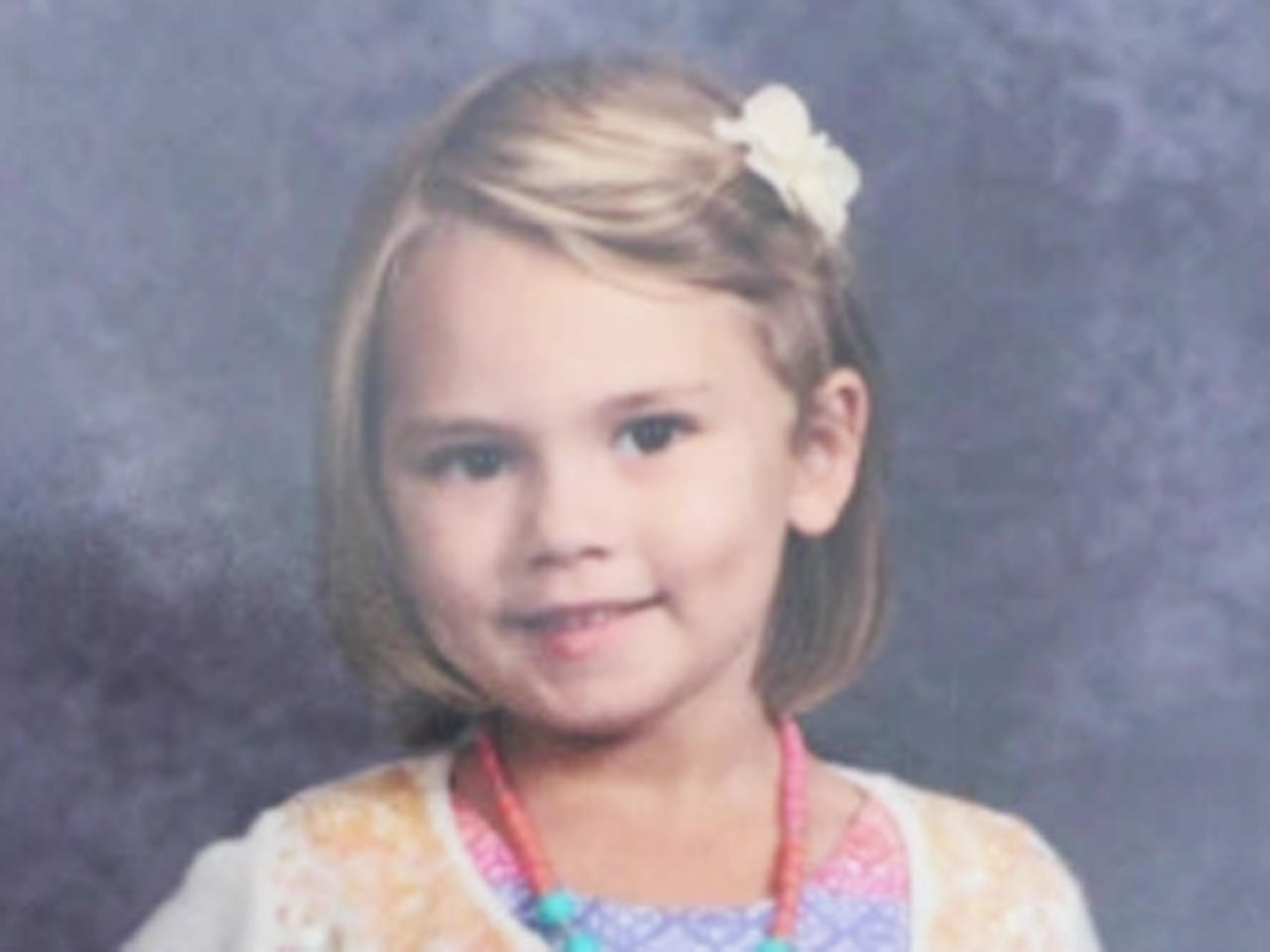 LITCHFIELD, Minn. -- A Minnesota man was jailed Sunday on suspicion of first-degree murder and kidnapping in the death of a co-worker’s 5-year-old daughter.

Zachary Todd Anderson, 26, of Monticello, was being held in the Crow Wing County Jail in the death of Alayna Ertl, whose mother discovered her missing from her home in the central Minnesota town of Watkins around 8 a.m. Saturday. Alayna had last been seen about 2 a.m. when she was put to bed, and her body would later be found in a wooded area about 80 miles to the north.

Also missing from the home Saturday morning was Anderson, who authorities said had been spending the night with the Ertl family, and a pickup truck belonging to the girl’s father.

“Our suspect in this case is a family friend, co-worker of the victim’s father, and was staying the night up in Watkins last night,” Meeker County Sheriff Brian Cruze said Saturday night. “He had previously been to that residence and spent a night here and there -- so he’s not a stranger and not new to the residence, but was just there for the night.”

Sheriff’s deputies found the stolen truck on property owned by Anderson’s family in rural Cass County, according to a statement from the Minnesota Department of Public Safety. K-9 officers searching the property found Anderson just before 4:30 p.m. Saturday. He did not attempt to flee, did not have a weapon and did not resist arrest, according to the statement.

“Information provided by the suspect” and other “investigative efforts” led officials to Alayna’s remains in a wooded, swampy a few hundred yards from the Anderson family cabin, the statement said. She was pronounced dead at the scene.

A medical examiner said Alayna died of homicidal violence, according to the statement, which gave no further details about the cause of death.

Online court records available Saturday listed only minor traffic violations for Anderson, and it wasn’t immediately clear if he had a lawyer who could comment on his behalf. He was not immediately charged.

The sheriff said Alayna’s death was a blow to investigators.

“Obviously not the outcome that we wanted, and when we did learn the information, the officers in the room, you could see ... it weighed heavy on them,” Cruze said. “We tried everything we could today to find her safely, and obviously that didn’t happen. And we know that it doesn’t compare to what the family’s going through right now, but we felt we did everything we possibly could.”

CBS Minnesota reports Watkins residents were rallying around Alayna’s parents, gathering non-stop at the family home since they first heard she was missing.