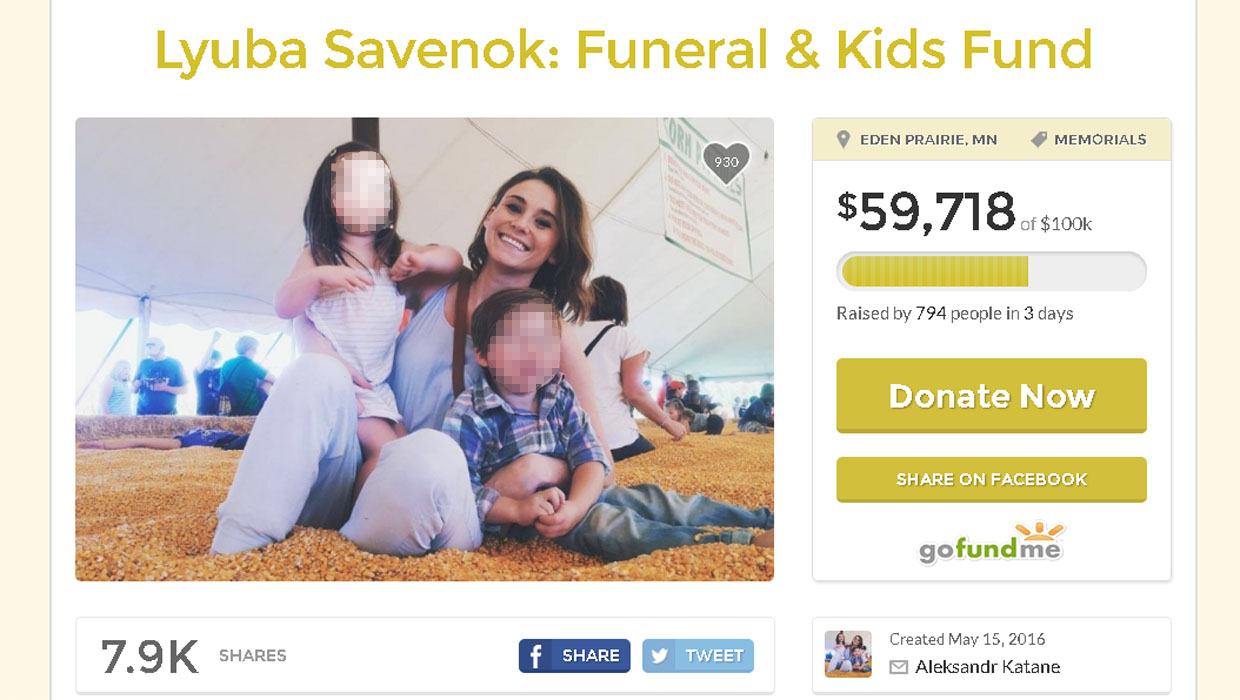 MINNEAPOLIS -- A suburban Minneapolis man charged with killing his pregnant wife and their prematurely born child told police she was going to take his children away from him and that he saw no other way out, according to a criminal complaint filed Tuesday.

Yevgeniy Savenok, 30, of Eden Prairie remained jailed Tuesday with bail set at $5 million. He's charged with two counts of first-degree premeditated murder in the fatal stabbing of Lyuba Savenok, 23, and the child's death. A court appearance is scheduled for Wednesday.

The autopsy found that Lyuba Savenok was stabbed around 12 times and bled to death, while her child died during an emergency cesarean section.

"He stabs her in the stomach and in the chest, knowing she's carrying his baby. It passes all understanding, how one human being can do that to another human being," Hennepin County Attorney Mike Freeman told reporters as he announced the charges.

The complaint says Lyuba Savenok's sister witnessed the stabbing Saturday morning at the family's home and called 911 as Yevgeniy Savenok drove off with his two children, ages 3 and 4. He and the children ended up at a St. Paul hospital about 2½ hours later.

He told hospital security guards that he had just killed his wife, the complaint says, and that she had driven him to do it. Police soon arrived and arrested him.

The complaint says he told investigators he started thinking about using a knife to kill her the night before on a return trip from Chicago, and that he thought killing her was "probably like my only way out."

The couple had a "turbulent domestic history" that included incidents in Minnesota and Illinois, the complaint says. Lyuba Savenok obtained a restraining order against her husband in 2014 in DuPage County, Illinois, when they lived in Wheaton.

In the order for protection, she described an escalating series of attacks that summer.

"With the increase of incidents and the severity of them I've gotten his parents and my parents involved as well as our church," she wrote to the court. "I overheard him talking to his dad on the phone yesterday telling him that the only way this will end is me in the hospital or him in jail."

Lyuba Savenok was born in Valga, Estonia, but spent most of her life in Minnesota, growing up in Eden Prairie and Chaska.

Yevgeniy Savenok was formerly a wrestler at Wheaton College, where a 2007-2008 roster listed his hometown as Wheaton.