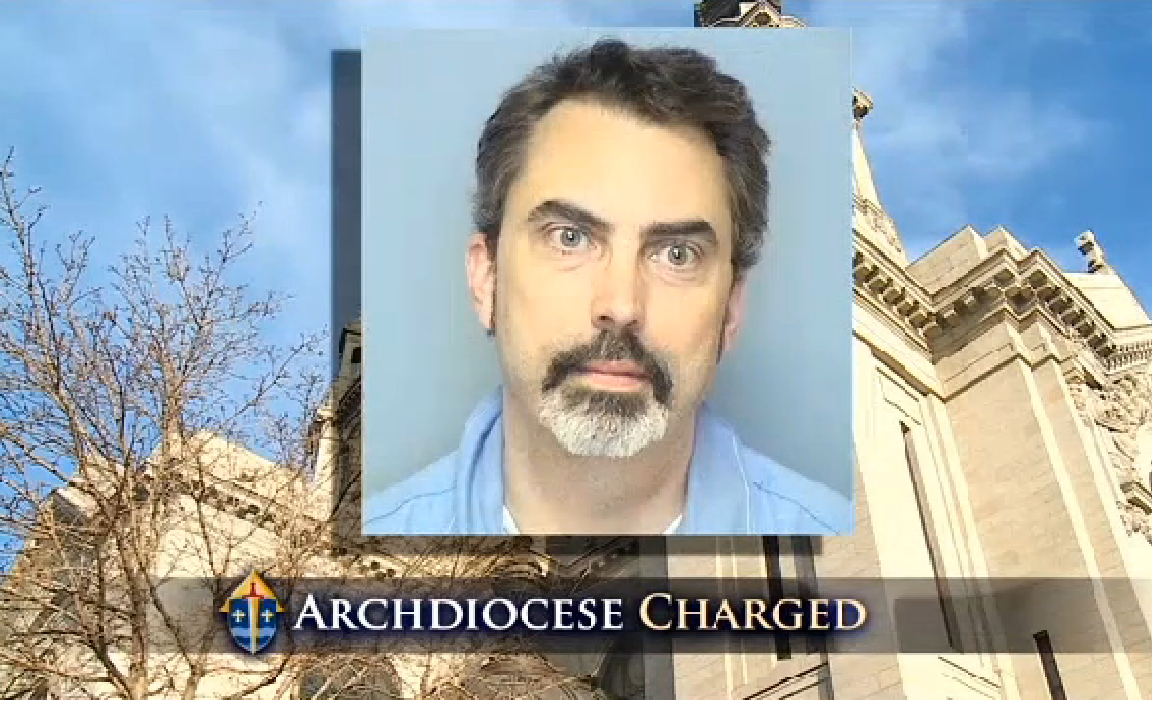 ST. PAUL, Minn. - Prosecutors on Friday charged the Roman Catholic Archdiocese of St. Paul and Minneapolis over its handling of clergy abuse claims, saying church leaders failed to protect children from unspeakable harm and "turned a blind eye" to repeated reports of inappropriate behavior by a priest who was later convicted of molesting two boys.

The archdiocese as a corporation is charged with six gross misdemeanor counts. Ramsey County Attorney John Choi said there's not yet enough evidence to charge any individuals.

The charges stem from the archdiocese's handling of Curtis Wehmeyer, a former priest at Church of the Blessed Sacrament in St. Paul. He is serving a five-year prison sentence for molesting two boys and faces prosecution in Wisconsin for alleged abuse of a third boy.

Prosecutors say church leaders failed to respond to "numerous and repeated reports of troubling conduct" by Wehmeyer from the time he entered seminary until he was removed from the priesthood in 2015. The criminal complaint says many people -- including parishioners, fellow priests and parish staff -- reported issues with Wehmeyer, and many of those claims were discounted.

"It is not only Curtis Wehmeyer who is criminally responsible for the harm caused, but it is the archdiocese as well," Choi said. He said church leaders had the power to remove Wehmeyer from ministry, but "time and time again turned a blind eye in the name of protecting priests at the expense of protecting children."

"What was purported to be a best practice in monitoring and supervising wayward priests was, in reality, a sham," Choi said, according to CBS Minnesota.

Andrew Cozzens, an auxiliary bishop at the archdiocese, released a statement saying the archdiocese is cooperating with prosecutors. "We all share the same goal: To provide safe environments for all children in our churches and in our communities," he said.

Choi said policies church leaders held out to be best practices in monitoring and supervising wayward priests were a "sham," and the complaint outlines numerous instances in which the criteria imposed on Wehmeyer were neither followed nor enforced. Among them, Wehmeyer didn't receive a required background check until eight years after he was ordained.

Each count against the archdiocese carries a maximum fine of $3,000. In addition to the criminal charges, prosecutors filed a civil petition that asks a court to order the archdiocese to stop the alleged behavior.

The archdiocese has been under fire since a former church official went public in 2013 with concerns about how local church leaders handled abuse cases. Choi said authorities began this investigation nearly two years ago.

After he was ordained in 2001, the archdiocese received reports that Wehmeyer was often in the boys' bathroom at St. Joseph's, that he received a citation for loitering at a park known for male sexual encounters and that he had approached two young looking men for sex at a bookstore in 2004, according to the complaint.

The Rev. Kevin McDonough, the former vicar general, sent Wehmeyer to treatment but limited what parishioners were told, the complaint says. McDonough did not return a message seeking comment from the AP.

In September 2010, one priest told Bishop Lee Piche that Wehmeyer took two boys camping and was found in bed with one of them. The complaint says Piche told authorities he couldn't remember the report from the priest.

Piche's assistant said he was not available for comment.

The archdiocese didn't report Wehmeyer to authorities until June 2012.

The archdiocese announced a settlement last fall in a lawsuit that claimed it created a public nuisance by failing to warn parishioners about another abusive priest. The settlement includes measures to keep children safe and undisclosed financial terms.

Criminal charges against a diocese are rare. In 2011, a grand jury indicted Bishop Robert Finn and the Diocese of Kansas City-St. Joseph in Missouri on a misdemeanor of failing to report suspected child abuse. Finn was convicted in 2012 and he resigned this April. Charges against the diocese were dropped.

The Diocese of Manchester, New Hampshire, settled a case in 2002 just before the state attorney general was about to present charges to a grand jury. Bishops there, as well as in Phoenix, Arizona, and Cincinnati, Ohio, struck deals in 2002 and 2003 with prosecutors to avoid charges related to their response to abuse cases.

The Archdiocese of St. Paul and Minneapolis is home to about 825,000 Catholics and encompasses nearly 190 parishes in 12 counties.