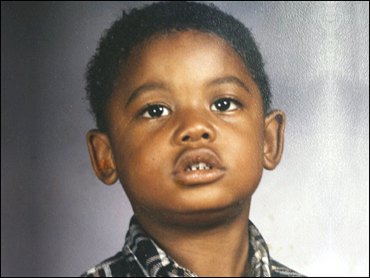 A church minister was charged in the death of an 8-year-old autistic boy who suffocated as church leaders tried to heal him at a storefront church.

Ray Hemphill was jailed Tuesday on charges of physical abuse of a child causing great bodily harm. If convicted, he faces up to 10 years in prison and $25,000 in fines.

The boy's death was ruled a homicide, but the prosecutor in the case, E. Michael McCann, told the Milwaukee Journal Sentinel that a murder charge would have required proof that Hemphill knew his actions had a likelihood of killing the boy, rather than just hurting him.

The charge against Hemphill stems from a service at the Faith Temple Church of the Apostolic Faith in Milwaukee on Friday. The boy's mother, Patricia Cooper, told investigators the minister held Terrance Cottrell Jr. on the ground with one hand on his head, another between his legs, and his knee pressed into the boy's chest. Cooper and another woman each held one of his legs, while a third woman laid across his torso.

The mother "stated that while this was going on she could see Ray Hemphill talking to Terrance Cottrell and telling him that the 'Demon should leave him,'" for about two hours, the complaint said.

When the service was over, Cooper said the boy was not breathing and his face appeared blue. She said several people tried to revive him before calling for emergency help.

The boy suffered extensive bruising on the back of his neck and died of suffocation, the complaint said.

Cooper began taking her son to the church three weeks ago for special prayer services three times a week, said Bishop David Hemphill, the leader of the church and Ray Hemphill's brother.

Terrance's father, Terrance Cottrell Sr., told the Journal Sentinel on Monday that he wants everyone involved in his son's death to be held responsible. He said he had not seen his son for about two months and didn't see the boy often because he didn't get along with his mother.

Autism is a developmental disability, typically diagnosed during the first three years of life, that affects the normal development of the brain in the areas of social interaction and communication skills.