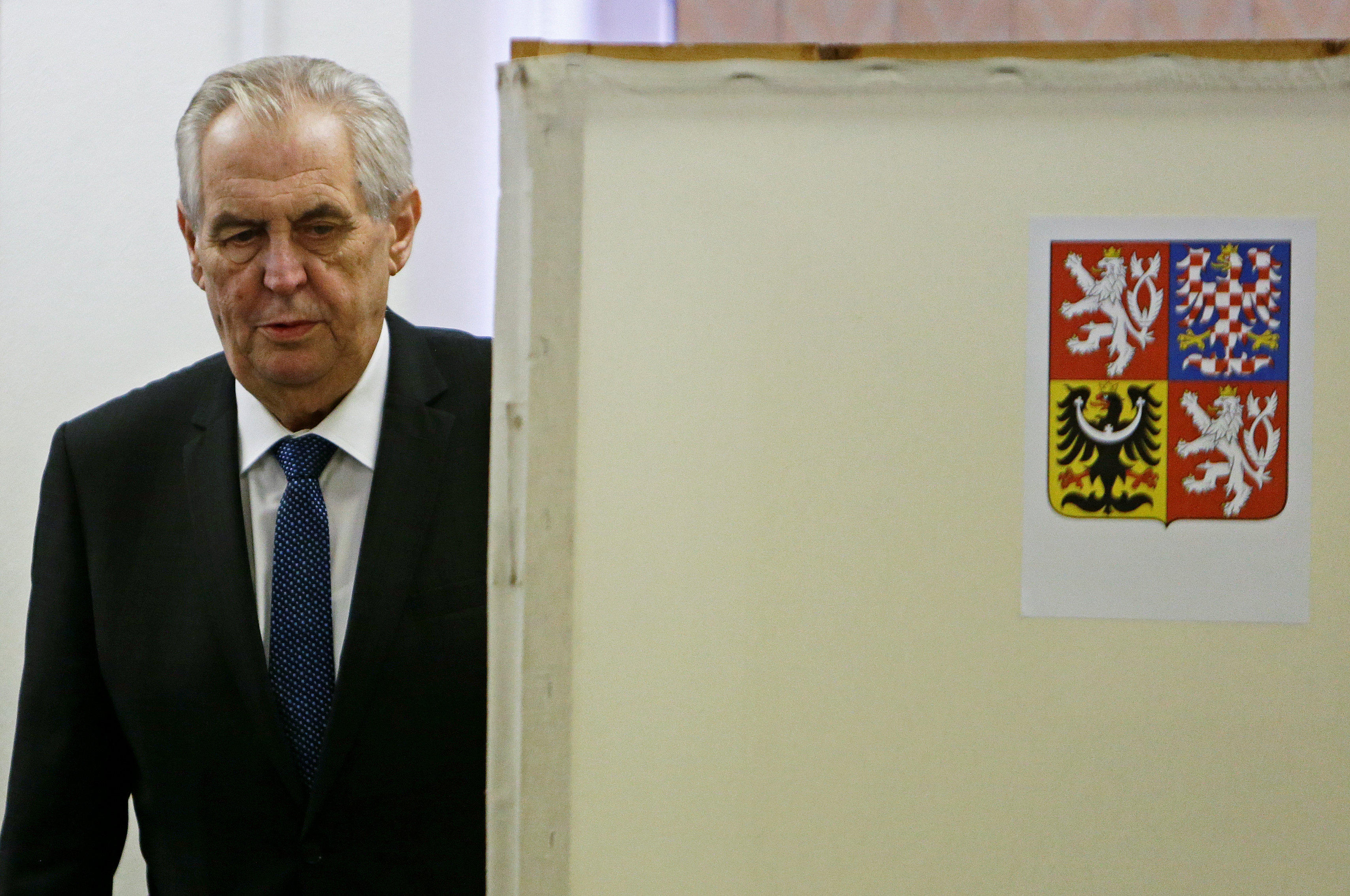 Drahos conceded defeat and congratulated Zeman on Saturday afternoon. The career scientist and chemistry professor said he planned to stay in politics, but did not provide details.

Zeman, 73, a veteran of Czech politics and former left-wing prime minister, won his first term in 2013 during the Czech Republic's first presidential election decided by voters, not lawmakers. Since then, he has divided the nation with his pro-Russia stance, support for closer ties with China, and strong anti-migrant and anti-Muslim rhetoric.

Zeman was one of the few European leaders to endorse Donald Trump's bid for the White House. He also has proposed a referendum on the Czech Republic's membership in the European Union like the one held in Britain.

"My opponent is someone who has not yet praised politics," he said.

Drahos, 68, who led the Academy of Sciences from 2009 until last year, campaigned on maintaining the country's ties to the EU and NATO. He ran unaffiliated with a political party.

One of the Czech president's key responsibilities is picking the prime minister after a general election, power that was on display in the days before the runoff election.

The government led by populist billionaire Andrej Babis since his party placed first in an October election resigned Wednesday after failing to win a confidence vote. Zeman immediately asked Babis, his ally, to try again.

The president had said that even if he lost the election, he would swear Babis in again as prime minister before his term expired on March 8. The president also appoints members of the Central Bank board and selects Constitutional Court judges with the approval of Parliament's upper house.

Otherwise, the president has little direct executive power since the country is run by a government chosen and led by the prime minister.

Zeman is considered a leading pro-Russian voice in EU politics. His views on the conflict in eastern Ukraine, as well as Europe's migrant crisis, diverge sharply from the European mainstream. He called Russia's annexation of the Crimean Peninsula irreversible.

He has linked extremist attacks in Europe to the ongoing influx of newcomers, called the immigration wave an "organized invasion" and repeatedly said that Islam is not compatible with European culture.

Zeman has exploited widespread fear of migration among Czechs and worked to portray Drahos as someone who would welcome migrants.

A group of Zeman's supporters commissioned billboards and newspaper ads that called on citizens to "Stop Migrants and Drahos," adding "This is our land! Vote Zeman!"

Zeman is the Czech Republic's third president, after Vaclav Havel and Vaclav Klaus, since the country and Slovakia were created from Czechoslovakia in 1993.

The vote highlighted divisions between low-income voters and well-educated, wealthier residents of larger cities, who were likely to prefer Drahos, the BBC reported.