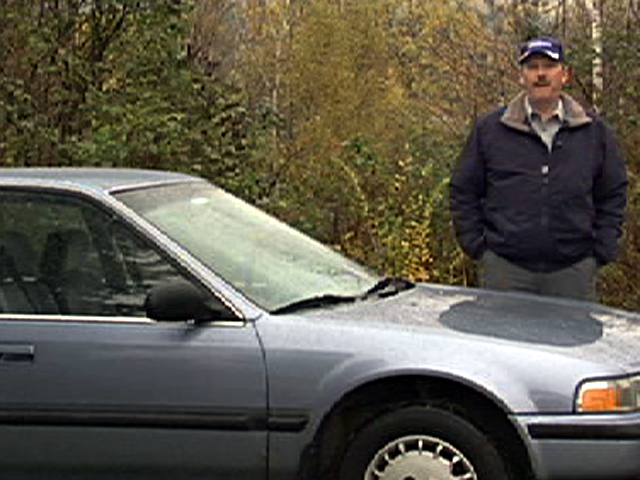 In Norway, Maine, there is a 1990 Honda Accord with the nickname "True Blue." It's been going so long it recently passed the 999,999 mile mark. Since it's logged more than a million miles, you can't see the actual number on the odometer because it doesn't go that high.

Owner Joe LoCicero told co-anchor Chris Wragge on "The Early Show" that he has to do a lot of maintenance to keep the 15-year-old car running -- so much that his wife sometimes gets jealous of his relationship to the vehicle.

He said, "I have to make special time (with my wife), and I try to break up my maintenance into smaller pieces so that rivalry is not as big."

LoCicero says that, because of the economy, he's been averaging about 55,000 miles on the car in recent years.

But keeping the car running hasn't been without its rewards. In addition to having a functioning vehicle, LoCicero has received some recognition from Honda. He received a parade in his honor from the Japanese automaker, as well as a new Honda Accord, which he's dubbed "Midnight Blue."

LoCicero said, "I love Honda. I love this particular color. And I love the fact that it's 20 years newer technology."

But just because he has a new car doesn't mean he's going to abandon "True Blue."

When asked if he's going to put the million-miles vehicle out of commission, LoCicero said he's not and plans to "drive it a while longer."