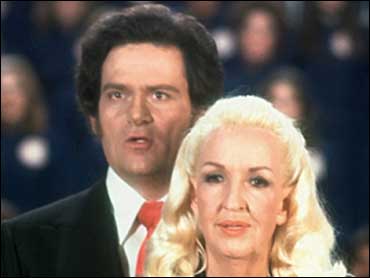 TEXARKANA, Ark. (CBS/AP) Evangelist Tony Alamo preyed on his loyal followers' young daughters, once taking a girl as young as eight as his bride and repeatedly sexually assaulting her, a federal prosecutor said Tuesday.

Assistant U.S. Attorney Clay Fowlkes said that girl's story and others unwound an "elaborate facade" Alamo wove around himself.

Lawyers for the 74-year-old Alamo, who is charged with taking underage girls across state lines for sex, argued that the alleged victims traveled across the country to further the outreach and business interests of a "bona fide religious group" that the government targeted out of its own prejudices.

In a number of interviews with the media, Alamo has underscored his belief that, according to the bible, a girl becomes a woman at puberty, no matter how young. He said he also believes that a youngster is permitted to be married if she is able to conceive and deliver a child. But Alamo has denied that his church operates under such terms.

"I am not the one that sets the time," Alamo said in an interview with CNN last year. "That means when a woman is able to conceive and have a child, she is an adult and she could be married."

In the same interview, Alamo also questioned the host, Rick Sanchez, "God inseminated Mary at the age of around 10 to 12. Should we get him for having sex with a young girl?"

When Sanchez asked Alamo why at one point six children were removed from his facility he replied, "They were removed because they just want to make a big deal. They haven't found anything about them. They could check them for 27 hours, or 27 weeks or months or years and they will find out that they are still virgins."

But in court on Tuesday, Fowlkes told jurors that a 15-year-old girl, who left the Alamo ministries in 2006, told the FBI that Alamo married her at age eight. The girl told agents Alamo exchanged wedding vows and rings with her and first sexually assaulted her before she turned 10, Fowlkes said. 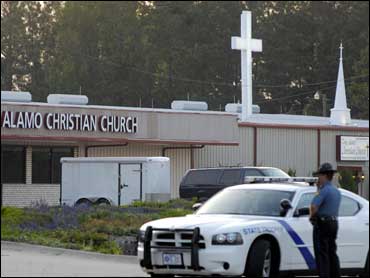 Alamo summoned another 15-year-old girl to his home in 1994 by telephone, authorities said, then telling her parents that God instructed him to marry her. Fowlkes said the parents consented and Alamo repeatedly sexually assaulted the girl, taking her on trips to West Virginia and Tennessee as he prepared for a trial on federal tax-evasion charges.

Another similar call came in 1998, when Alamo married a 14-year-old girl, Fowlkes said. In 2002, Alamo summoned three underage girls into his bedroom and shut the door, telling them God wanted him to marry two of them, Fowlkes said. Alamo later sexually assaulted two of those girls he married, one 11, the other 14, the prosecutor said.

Those girls also traveled on Alamo's orders to other states, Fowlkes said.

One of those girl's parents encouraged her to marry Alamo, saying his home had access to better food, television privileges, movies and a swimming pool, Fowlkes said. But the evangelist controlled every aspect of the girls' lives from what they ate to who spoke with them, the prosecutor said.

"When the FBI began to pull on that thread, it began to unravel the elaborate facade the defendant had carefully woven around himself," Fowlkes said.

Don Ervin, who is leading Alamo's defense team, told jurors to focus on the facts. He said all the girls' travel came as part of the ministry's efforts to give people "decent lives for themselves."

"This investigation, this prosecution was fueled by prejudice the government and law enforcement have against Tony Alamo's church because of its practices," Ervin said.

A federal judge revoked the tax-exempt status for Alamo's ministries in the 1980s after investigations by the Internal Revenue Service and the U.S. Labor Department. After the hearing, Ervin said the government couldn't decide what represented a real church.

"They've done a lot of good for people," Ervin said. "The IRS doesn't control who is a bona fide church, they just control who has to pay taxes and who doesn't."

Alamo, whose ministry grew into a multimillion industry on the backs of his followers, was convicted of tax evasion charges in 1994. He served four years in prison after the IRS said he owed the government $7.9 million. The evangelist has blamed the recent charges against him as the work of a Vatican-led conspiracy. 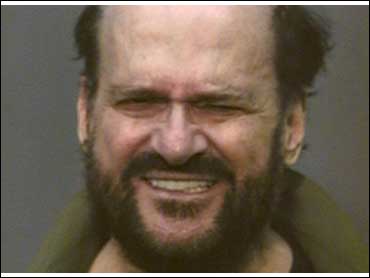 In 1991, Alamo was acquitted of threatening a federal judge, a case that fueled an extraordinary increase in security efforts for Alamo's current trial. Uniformed U.S. Homeland Security officers walked outside around the courthouse, while U.S. marshals filled the hallways and manned two metal detectors.

Alamo, gaunt and pale, sat quietly for much of the hearing, wearing a grey suit and dark sunglasses. He could be heard correcting his lawyer's summary of the ministry's history during opening arguments.

Alamo faces a 10-count federal indictment. If convicted, he faces 10 years in prison and a $250,000 fine on each count. He remains held without bond until the end of his trial, scheduled to last two weeks. Prosecutors plan to call their first witnesses Wednesday.