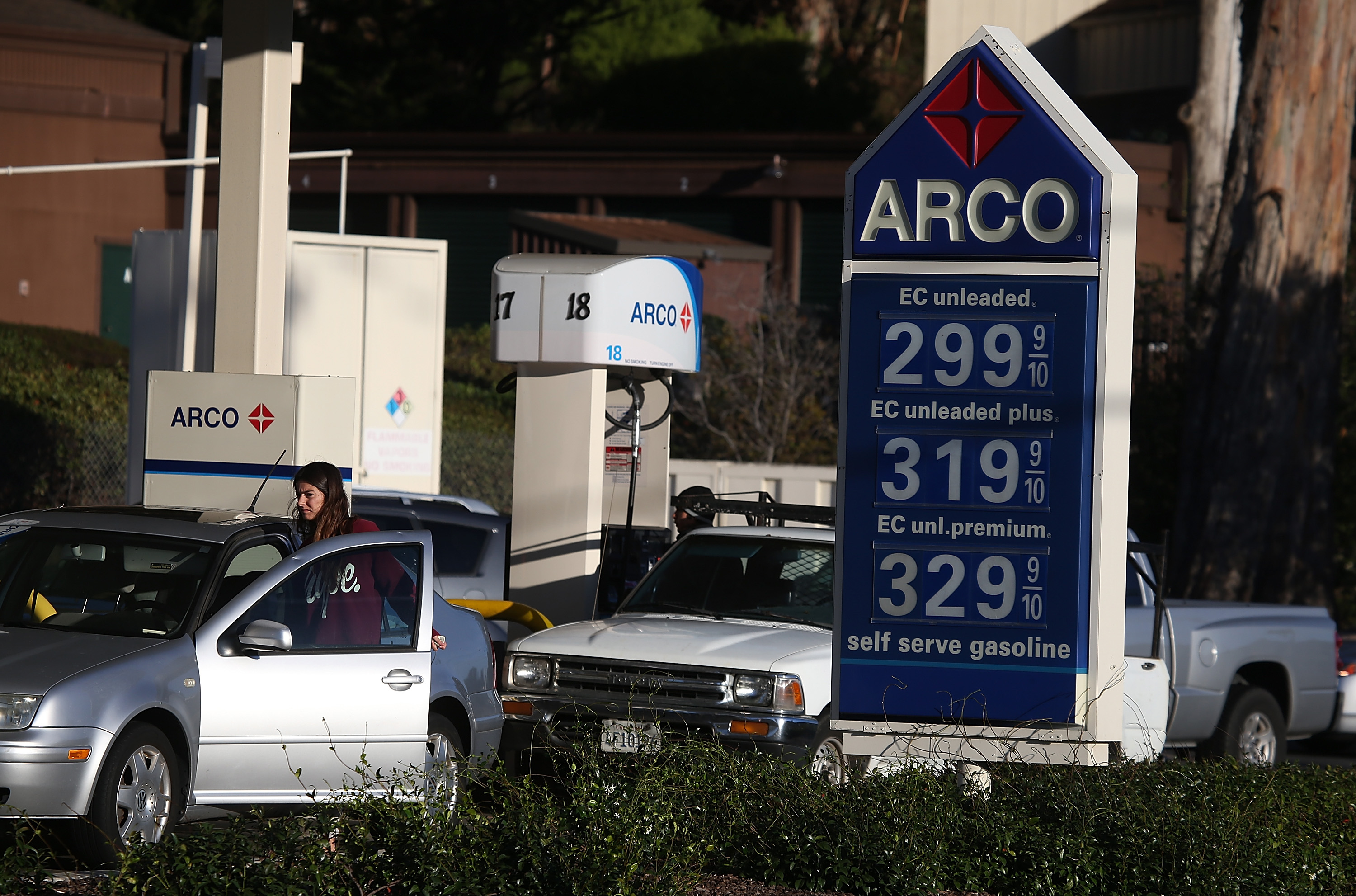 NEW YORK -- The average price of gasoline in the U.S. hit $3 a gallon Friday, and should soon drop below the benchmark for the first time since December 2010.

The price at the pump fell 33 cents in October, thanks mainly to plunging oil prices, according to AAA.

Many exuberant drivers have taken to social media to post pictures of gas station signs with prices of $2.99 or lower. Drivers in South Carolina and Tennessee are paying the lowest prices, with an average of $2.75 a gallon.

Drivers in New York are paying the most in the continental U.S., at an average of $3.37. That's still 22 cents cheaper than a year ago.

Gasoline is cheaper than milk again. In September the national average price of milk was $3.73 per gallon.