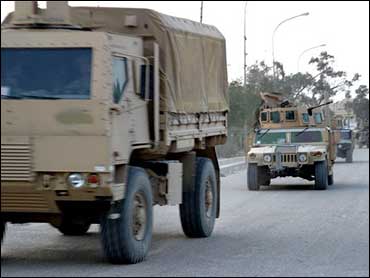 
Remember when communities around the country raised money to buy body armor for their sons and daughters fighting in Iraq? Sometimes the armor was used to put on the doors of Humvees; so many of those vehicles had no armor at all.

The folks fighting in the field made do.

Well, while our guys were making do, our military was ignoring the realities of the deadly Improvised Explosive Device (IED) attacks that have taken American lives.

In a front-page expose in USA Today, we read that the military has a vehicle that is basically IED-proof. Yet only a handful were ordered for Iraq. So valuable were these vehicles that they were ordered for the Iraqi army. The U.S. general said, in a memo, "Wish we had some."

Why? There is no answer that could possibly justify not equipping the troops.