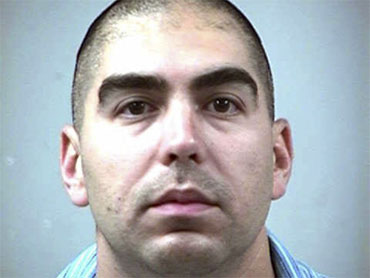 Presiding over the court martial Saturday, Col. William Burd said Fontana was not guilty on all counts.

Speaking after the ruling, Fontana said he never regretted the treatment that he gave and that he hopes he can return to nursing.

During closing arguments at Lackland Air Force Base, prosecutors said Fontana encouraged other nurses at Wilford Hall Medical Center to be more "aggressive" when treating patients placed on do-not-resuccitate orders.

"(Fontana said) because I'm liberal with patients and making them comfortable, they die within two or three hours, and that's the way it should be," Capt. Brett Landry said.

Attorneys for Fontana said the dosages fell within Air Force guidelines, and that Wilford Hall doctors gave only vague orders. They also accused military investigators of singling out Fontana from the start.

After the deaths, Air Force investigators wired a friend of Fontana's and taped her conversations with him. Fontana is only recorded saying that his goal is to alleviate pain in his patients, said Elizabeth Higginbotham, his attorney.

Prosecutors did not offer a motive, telling Burd they could only glean Fontana's intent to kill based on the evidence.

Higginbotham said there was no intent.

"The intent is flimsy in this case, based on (investigators) digging for information by sending out a woman and trying to get him drunk," Higginbotham said.

The three alleged victims were elderly, end-of-life patients. One of them, 83-year-old Silvestre Orosco, died a little more than three hours after being taken off life-sustaining machines and placed on "comfort care."

Prosecutors said Orosco died after his nurse went on a lunch break, and Fontana came into the room to hook up a new bag of the painkiller fentanyl. Orosco died before his nurse returned from his break.

In May, the presiding judge over a grand jury-type hearing recommended that prosecutors move forward with only one murder charge, but the military went ahead with all three.

Fontana has been in the Air Force since 2006 and served a tour in Iraq in 2007. He worked as an intensive care nurse at Wilford Hall, which primarily serves military personnel and retirees but provides emergency and trauma care to some civilians.