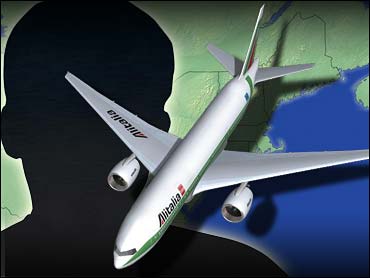 An Alitalia jet en route from Milan, Italy, to Boston was diverted to Maine on Tuesday because the name of a passenger on board matched that of a person on the U.S. government's no-fly list.

Flight 618 landed shortly before 1 p.m after Canadian and U.S. fighter jets escorted the Boeing 767 to Bangor, where it was met by federal agents. It had been due to arrive in Boston about the same time.

An Alitalia spokeswoman says the flight will continue on to Boston after U.S. officials take the passenger in question, reports CBS News Correspondent Howard Arenstein.

The Transportation Security Administration is "working with Alitalia to determine how the passenger was allowed to board the aircraft," TSA spokeswoman Yolanda Clark said.

She said there was "no unusual activity on board" that would have alarmed other passengers or the flight crew.

CBS News Correspondent Sabina Castelfranco reports that sources in Italy say the suspicious passenger on board is Algerian. It is unclear how he was allowed on the plane.

It was the second time in less than a week that a Boston-bound European flight was diverted to Bangor. On Thursday, an Air France flight from Paris landed there because someone on board had nearly the same name and birth date as a person on the list of suspected terrorists.

That flight last week continued to Boston after the passenger of interest and three family members were detained by federal immigration officials in Maine. The four were later released and allowed to continue their trip after officials determined the man was not the one on the no-fly list.

The list is reserved for individuals who have known or suspected links to terrorism, or who have been otherwise identified as a threat to aviation, Clark said.

Bangor International Airport has become a stopping-off point for problem flights because it is the last major U.S. airport for jets headed across the Atlantic and the first for incoming flights.