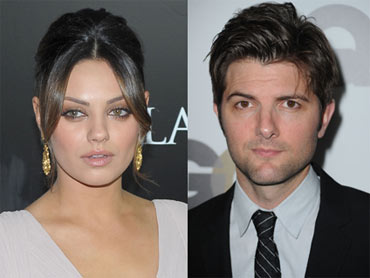 So what is MacFarlane's "Ted" all about?

The film is based on a man who as a young boy made a Christmas wish that his teddy bear would come to life and be his best friend forever.

While he got his wish, over two decades later things have changed. His BFF has evolved into "a cursing, smoking, delinquent (voiced by MacFarlane) that is preventing the man from maturing."

Another critically-acclaimed actor will reportedly be bringing the laughs to MacFarlane's project.

According to THR, the studio is also in final negotiations with Mark Wahlberg to star as the grown man.

Kunis will be Wahlberg's girlfriend, who wants their relationship to move to the next level. She finally reaches the end of her rope with him living with his best friend, Ted. So she turns to her boss (played by Scott) for comfort.