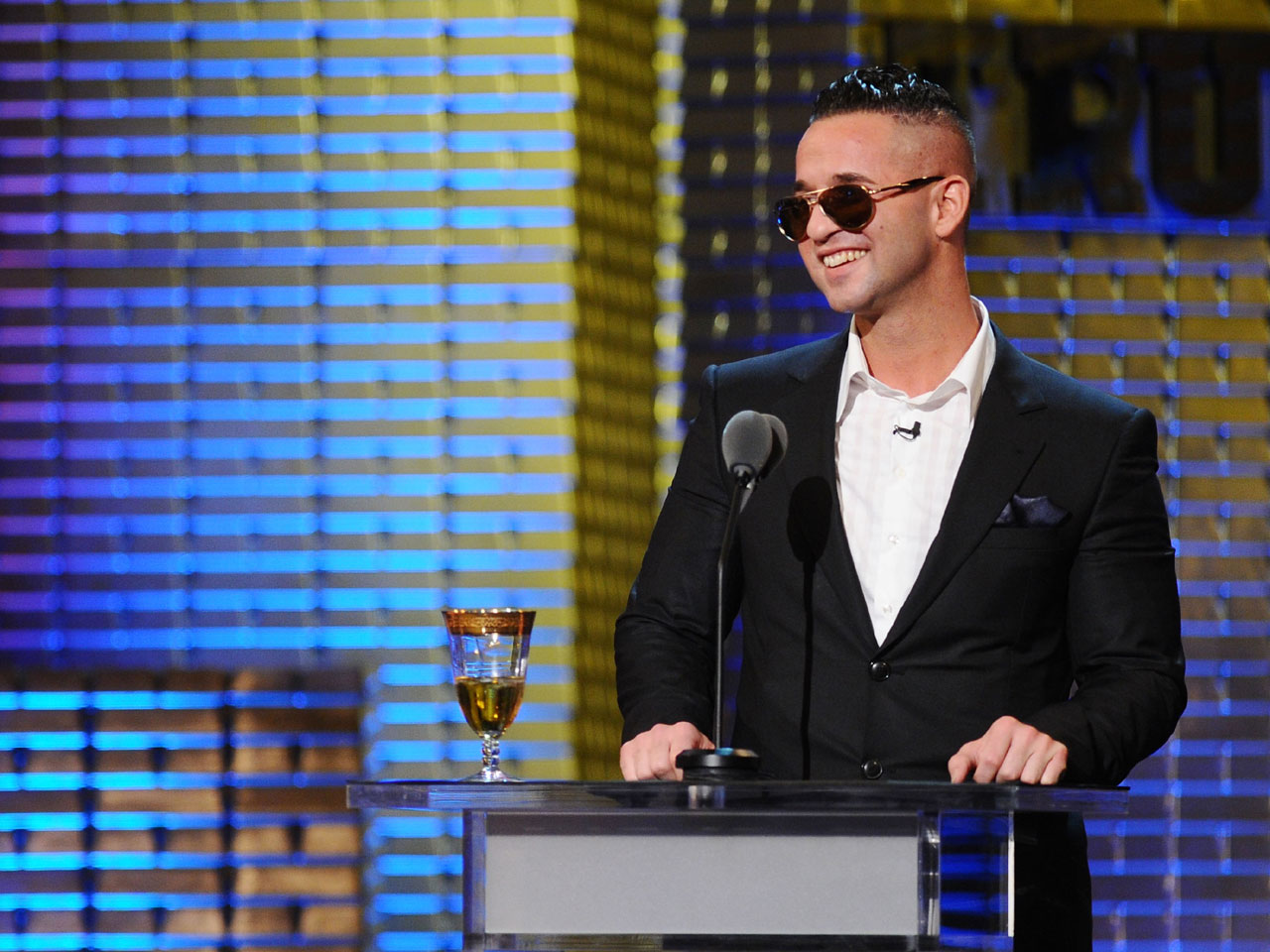 (CBS) Mike "The Situation" Sorrentino likes to show off his abs on "Jersey Shore," but he probably won't be showing off his comedic skills again anytime soon.

The TV personality took the stage at Comedy Central's roast of Donald Trump on Thursday, where he was reportedly booed off the stage.

Wearing aviator sunglasses, Sorrentino went up to the microphone, where he proceeded to insult all the other presenters. He called Marlee Matlin "ugly," Larry King "old," and Lisa Lampanelli "fat."

He also told Snoop Dogg that the rapper and Trump had a lot in common because Trump owned a lot of property and Snoop's ancestors had been property.

Snoop did not look pleased, according to the Los Angeles Times.

The crowd began to jeer, and the booing got so loud that Roast-master Jeffrey Ross had to interject.

According to the Times, Sorrentino's jokes were so bad that one Comedy Central exec suggested that most of his act might be cut from the roast's final broadcast, which airs March 15.

Afterward, he told Us magazine that he was glad he participated.

"My whole career people have been hard on me," he said. "But I stood in there. I got through it, and people actually clapped at the end."

He added that despite his comments about Snoop Dogg, there's no hard feelings between him and the rapper.

"Snoop is an awesome dude," he said. "Very kind. Me and him got along so well. Between Trump and Snoop, I gained a lot of friendships."

Sorrentino was also the butt of some of the night's jokes. Snoop Dogg pretended to mistake the Situation for Snooki, then said, "I'm sorry, all white people who act black look the same to me."

Deaf actress Marlee Matlin, who currently stars on Trump's "Celebrity Apprentice," also took a swipe at him, according to the Times: "Like the Situation," she said in American Sign Language, "I too have never heard the sound of laughter."