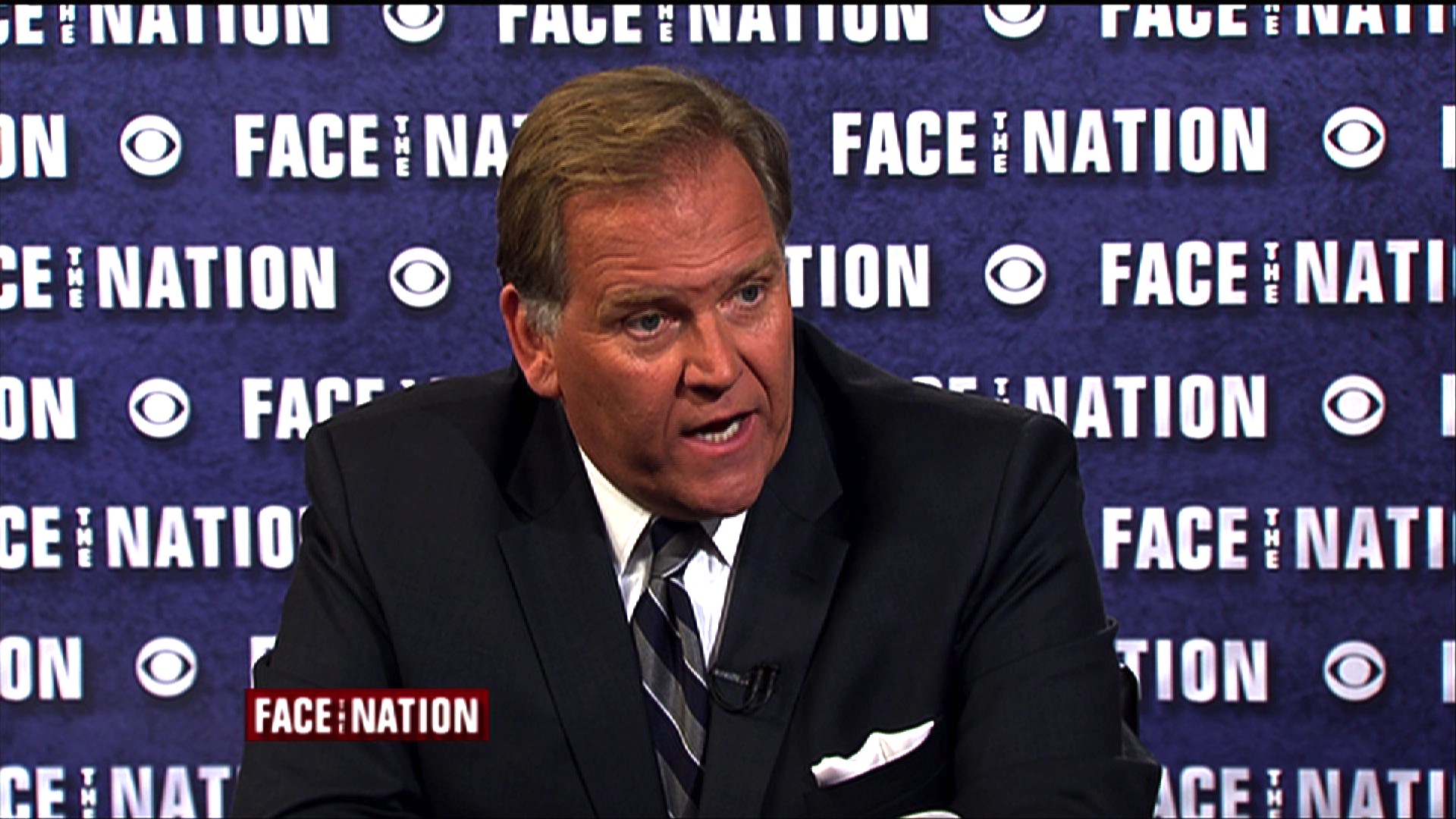 House Intelligence Committee Mike Rogers, R-Mich., said Sunday that he believes the rise of the Islamic State of Iraq and Syria (ISIS) has put the U.S. in more danger than it was in the lead up to the Sept. 11 attacks more than a decade ago.

"Before 9/11, there were single-level threat streams coming to the United States. So, pretty serious. Obviously they got in and conducted the attacks on 9/11. Now you have multiple organizations, all al Qaeda-minded, trying to accomplish the same thing," Rogers said in an interview on CBS' "Face the Nation." "Now you have two competing terrorist organizations, both of them want to get their credentials to the point where they can say, 'We are the premier terrorist organization.' Both want to conduct attacks in the West for that reason. And guess what? That means we lose at the end. If either one of those organizations is successful, we lose."

"The threat matrix is so wide and it's so deep. We just didn't have that before 9/11," Rogers said.

In particular, Rogers noted that ISIS wants to use foreign fighters with U.S. and European passports who have gone to Iraq and Syria to fight to carry out attacks on the U.S. FBI Director James Comey said Monday that those fighters are very hard for the U.S. to track but represent an urgent threat.

He said ISIS is now "a terrorist organization with an army," controlling tanks, helicopters, heavy artillery and more than $1 billion in precious metals and currency. At the moment, they control a key dam near Mosul and bring in $1 million a day selling oil on the black market, according to some analysis of the group.

He criticized the Obama administration for not dealing with groups like ISIS, al Qaeda in the Arabian Peninsula (AQAP) and Boko Haram, the terror group in Nigeria that kidnapped 300 girls, like an entire "ecosystem."

"This policy...has caused the spread and danger of these organizations," he said.

Rogers said the U.S. should still find ways to arm the moderate opposition forces fighting Bashar Assad in Syria because "you're not going to solve the [ISIS] problem in Iraq without dealing with the Syria problem."

"We should absolutely play a role there," he said, noting that the options the U.S. would have had two and a half years ago are reduced today. "One thing we're watching [ISIS] do is attack those same rebel groups who are fighting Assad for control. They want control of certain areas, certain resources. They have a long-term plan about where they're going that would establish their caliphate from Beirut to Syria through Iraq. So they have a different attitude about when Assad goes down than these rebel groups. Does it mean that we can find and facilitate some of these groups that would be at least more friendly to the United States? Absolutely."