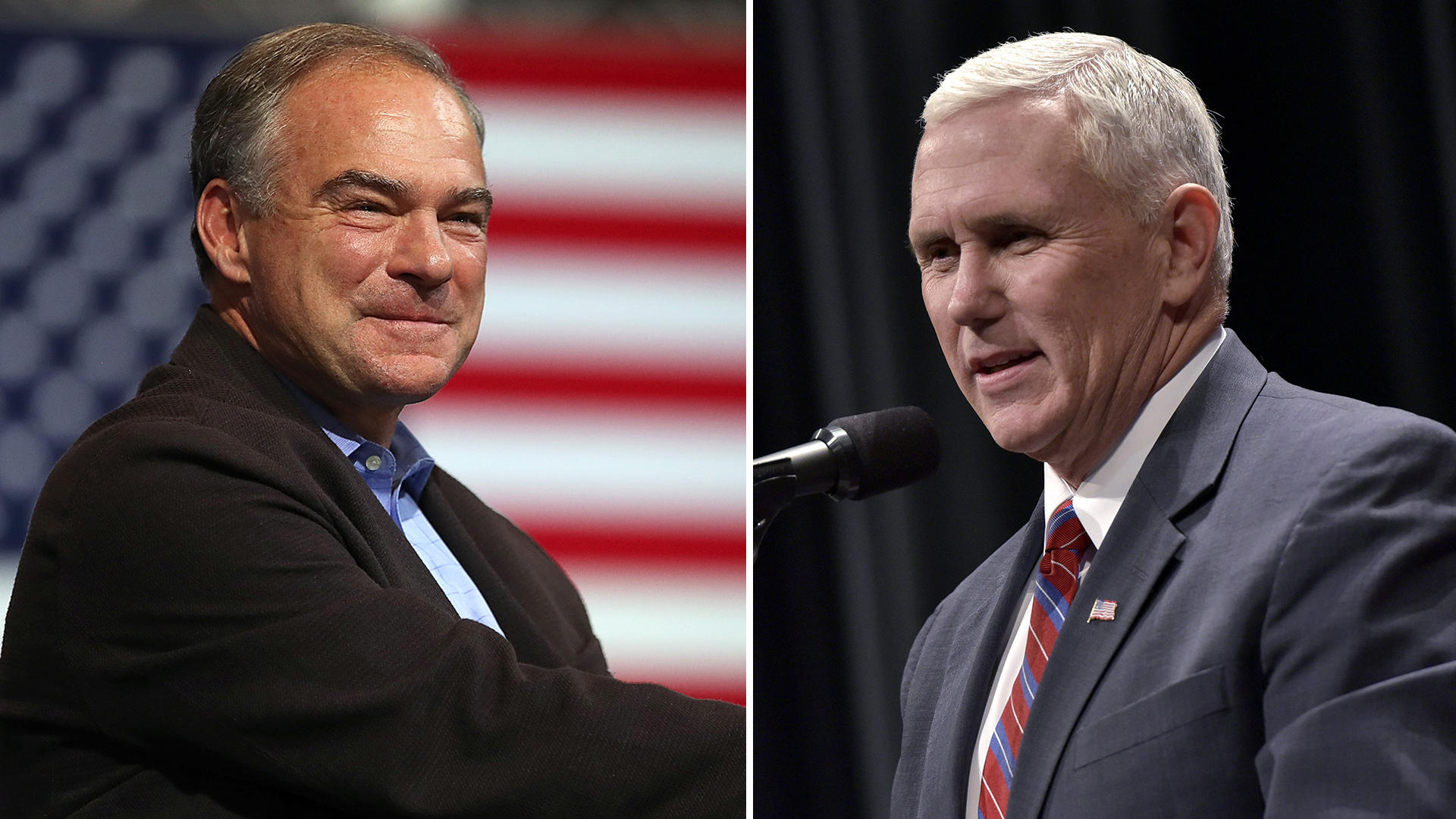 Indiana Gov. Mike Pence and Virginia Sen. Tim Kaine will have their big moment in the spotlight on Tuesday night when they face off at 2016’s first and only vice presidential debate on Tuesday.

Pence spent the weekend leading up to the big night at home in Indiana with his family while continuing informal debate prep. The debate in Farmville, Virginia, is his most high-profile stage since addressing the Republican National Convention in July.

Pence has engaged in more formal debate prep than his running mate, Donald Trump, whose debate performance last week was panned even by allies like Newt Gingrich, and which led to a hit in the polls. Wisconsin Gov. Scott Walker played the part of Kaine during mock debate sessions. Pence spent part of Tuesday and Wednesday last week in Madison, Wisconsin with Walker.

In a Tuesday interview with Fox News, Pence also said that he was “brushing up on my years in Congress” and “dusting off my 12 year’s experience on Capitol Hill. Catching up on a lot of those issues.”

Since his debate with Hillary Clinton last week, Trump has found himself engulfed in numerous controversies, including his treatment of former Miss Universe Alicia Machado, his avoidance of taxes in the 1990s, and the ongoing difficulties of the Trump Foundation, which on Monday was banned from doing business in New York State.

Pence has been largely silent on all these issues. But Tuesday night, he may find himself having to address them directly.

During the week leading up to the debate Pence’s public schedule has been light, with just six campaign events over five days. The candidate also has a pre-debate rally scheduled in Richmond, Virginia’s capital, on Monday evening.

Trump’s selection of the Indiana governor and former six-term congressman as his running mate plucked Pence from relative obscurity outside of Washington, D.C., and Indiana.

During his acceptance speech at the Republican convention in the Cleveland, he began the speech by joking that not many people watching knew who he was. At a recent rally in Pennsylvania, Pence joked, as he often does, “I understand I’m a B-list Republican celebrity. I’m not the main event.”

While that may sound like false humility from a politician, Pence has found himself repeatedly having to explain who he is to confused Americans on the campaign trail. “I’m Donald Trump’s running mate,” he told one confused woman in North Carolina in late August. “I never assume people know that.”

Kaine, meanwhile, has been out of the public eye for days, hunkering down in Raleigh, North Carolina and then his hometown of Richmond for debate prep. He appeared on Sunday only to attend Mass at his home parish, St. Elizabeth Catholic Church.

During what’s arguably the most important night of his political career, Kaine plans to both scrutinize his opponent’s record and draw attention to Trump, whom he says “ran out of gas” during his square off with Clinton during the first presidential debate.

“It really is more about tone, you know the allocation between making my positive case and responding to what [Pence] says and pointing out things about the other side that the country needs to know,” Kaine told reporters on his charter plane in September.

In light of the recent New York Times report on Donald Trump’s taxes, Kaine, who repeatedly criticized Donald Trump for his refusal to release his tax returns and raised questions about his net worth and foreign business ties, may take aim at the Republican nominee over the reports’ findings.

Other than that, the senator pledges to just be himself when he takes the national stage.