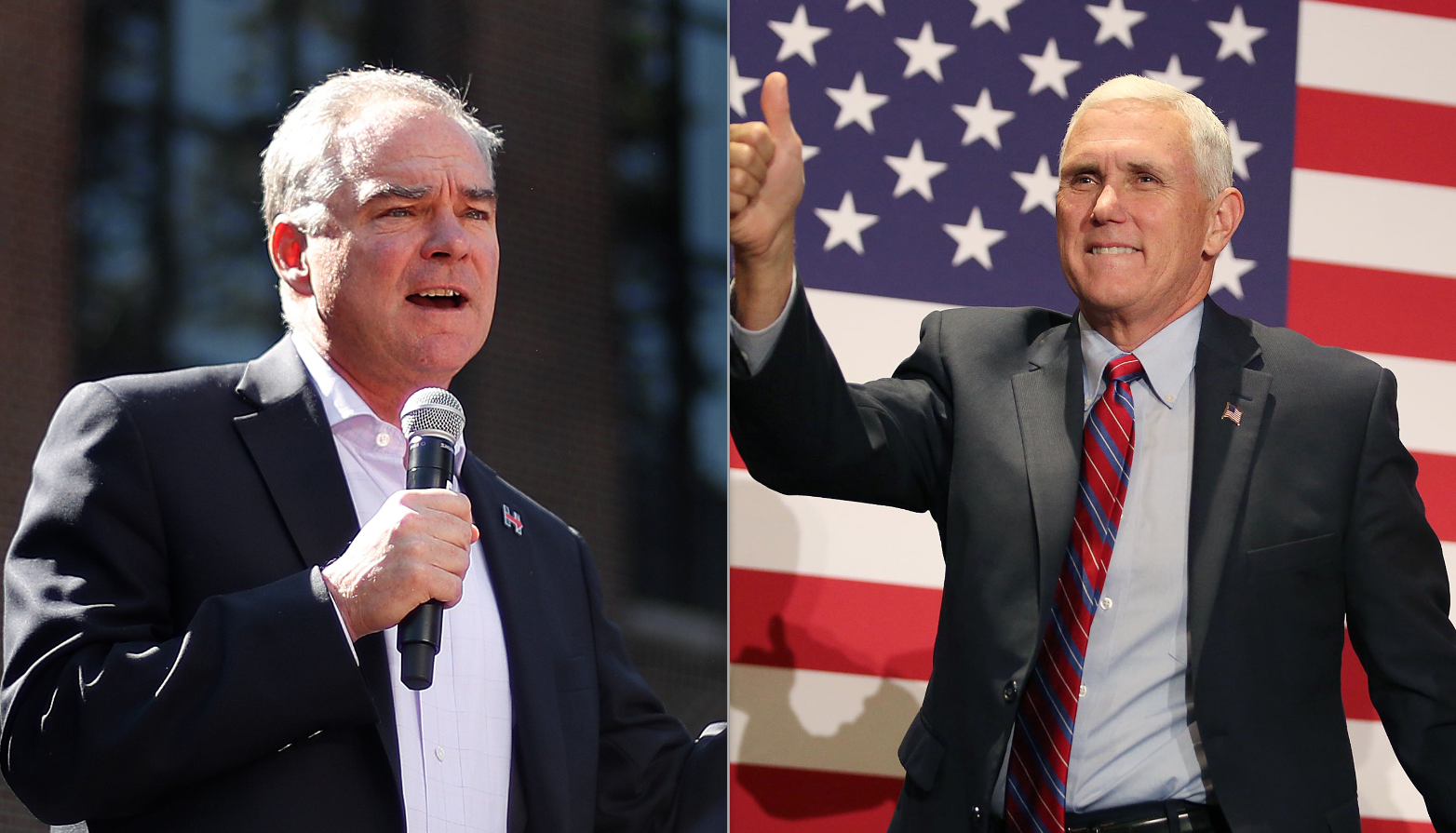 In this week’s face-off between the two vice-presidential nominees, Indiana Gov. Mike Pence and Virginia Sen. Tim Kaine, Pence will be looking to reassure voters that he can be a level-headed voice for Trump; Kaine, by contrast, will work to build on Clinton’s momentum from the first debate.

The fact remains, though, that the vice-presidential debates have rarely had any lasting impact on the overall course of a presidential race: it’s the three presidential face-offs that tend to do the most for the direction of the race and to either help or halt one candidate’s momentum.

Still, the vice-presidential debates have had their newsworthy moments over the years—and in elections when there’s a concern about advanced age or competence at the top of the ticket, the primetime events can serve as a test of whether a vice-presidential candidate is up for the job.

Here’s a look at some of the most memorable vice-presidential debate moments:

One moment from the 1988 debate between Republican vice presidential candidate Dan Quayle and Democratic Sen. Lloyd Bentsen is probably the most-quoted vice-presidential debate moment ever.

Quayle, who was young and telegenic, at times drew comparisons between himself and the late President John F. Kennedy—which he mentioned again during the debate when asked about his qualifications, in the event that he should have to serve as president.

“I have as much experience in the Congress as Jack Kennedy did when he sought the presidency, I will be prepared to deal with the people in the Bush administration,” he told moderator Tom Brokaw.

The line became one of the more famous political quotes from any debate -- presidential or vice presidential -- in modern campaign history.

Unlike in other recent elections, there was a lot riding on the 2008 vice-presidential debate: then-Alaska Gov. Sarah Palin had made waves as John McCain’s surprise pick for his running mate, but was facing questions about her level of competence and knowledge.

Though Palin largely exceeded expectations that night against then-Democratic Sen. Joe Biden, the debate is perhaps most remembered for one of Palin’s opening lines.

“Can I call you Joe?” she asked Biden as she shook his hand at the beginning of the debate. It was perceived as a smart move to disarm the vice president, but there was another reason she wanted to use his first name.

Palin wrote in her memoir, “Going Rogue: An American Life” that she was trying to prevent a slip-up during the debate.

“During rehearsals, I accidentally called Randy ‘Senator O’Biden’ — a slip of the tongue combination of Obama and Biden. The blunder struck too often, even tripping up campaign staffers,” she wrote, adding, “(Jay Leno later made the same slip on his new talk show, so we were in good company.) We laughed about it but knew that if I said it even once during the debate, it would be disastrous. Then somebody said, ‘You ought to just call him Joe.’”

1984 was the first time a woman took the stage as a member of a major party ticket, with Democratic Rep. Geraldine Ferraro as Walter Mondale’s running mate facing off against incumbent Vice President George H.W. Bush.

It was also a cautionary tale for male candidates seeking to debate a woman without coming off as patronizing. Answering one question about foreign policy, Bush offered to “help” explain an issue to Ferraro. “Let me help you with the difference, Ms. Ferraro, between Iran and the embassy in Lebanon,” he said.

Ferraro shot back: “I almost resent, Vice President Bush, your patronizing attitude that you have to teach me about foreign policy,” she said.

Bush didn’t exactly help himself the following day, either. Unaware he could be overheard by reporters, Bush told another official that he “tried to kick a little a** last night” at the debate.

Edwards’ answer came after Cheney was asked a question about gay rights; Cheney didn’t mention his daughter, and was reportedly upset that Edwards brought her up by name in his rebuttal.

He didn’t show it on stage, however: Cheney merely replied, “Let me simply thank the senator for the kind words he said about my family and our daughter. I appreciate that very much.”

In 2012, the biggest debate headlines by far came out of the face-offs between President Obama and Republican nominee Mitt Romney

But Vice President Joe Biden and then-Rep. Paul Ryan had an intense debate as well—featuring more than one of Biden’s signature phrases, including one that picked up quite a bit of momentum that night and beyond.

At one point, when Ryan was criticizing Obama administration foreign policy, Biden replied:  “With all due respect, that’s a bunch of malarkey.”

Malarkey, for the record, is an Irish-American word that essentially means “nonsense”—and that word became the third-most searched Google term of the debate that night.

Though the three-way presidential debates in the 1992 election between incumbent President George H.W. Bush, Democrat Bill Clinton and independent Ross Perot garnered far more attention, Perot’s running mate was remembered for seeming a bit out of place at the vice-presidential debate.

Admiral James Stockdale, a Medal of Honor recipient who was a prisoner of war for seven years and was also the highest-serving naval officer to be held prisoner by the North Vietnamese, introduced himself to debate-watching audiences by posing the questions: “Who am I? Why am I here?”

He’d meant it as a light-hearted introduction to the stage he shared with Democratic Sen. Al Gore and Republican Vice President Dan Quayle, and got the audience laughs to match—but by later in the debate, when Stockdale had stumbled on some questions and not heard others, his introductory lines seemed more serious than humorous.

“You know, I didn’t have my hearing aid turned on,” he said at one point. “Tell me again.”

Though the face-off between then-Vice President Al Gore and Republican VP candidate Jack Kemp was otherwise considered a relatively uneventful affair, Gore kicked it off with a joke about his interest in climate science.

“I’d like to start by offering you a deal, Jack: If you won’t use any football stories, I won’t tell any of my warm and humorous stories about chlorofluorocarbon abatement,” Gore said.

“It’s a deal,” said Kemp, who had been a professional quarterback for more than a decade. “I can’t even pronounce it.”