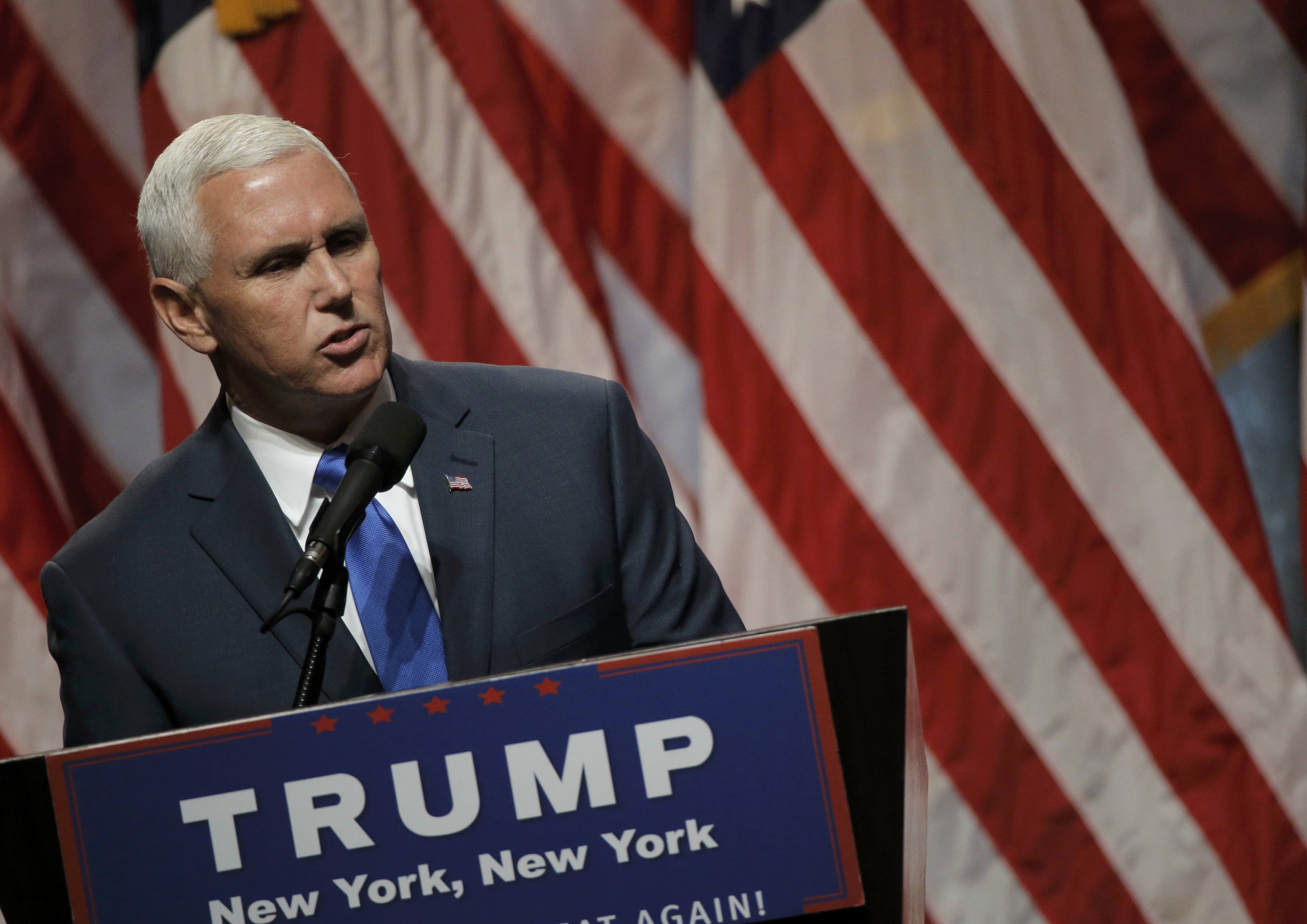 Mike Pence wrote in an op-ed 17 years ago that Disney's "Mulan" was liberal propaganda.

He wrote the op-ed, which was discovered by Buzzfeed News, when he was a radio talk show host in Indiana before he ran for Congress and right after he saw the film with his children.

"I suspect that some mischievous liberal at Disney assumes that Mulan's story will cause a quiet change in the next generation's attitude about women in combat and they just might be right," Pence wrote. In fact, this past March, the U.S. military began to recruit women for combat jobs, including as Navy SEALs, the Associated Press reported.

"Despite her delicate features and voice, Disney expects us to believe that Mulan's ingenuity and courage were enough to carry her to military success on an equal basis with her cloddish cohorts," he said. "Obviously, this is Walt Disney's attempt to add childhood expectation to the cultural debate over the role of women in the military."

Pence wrote that Mulan's story showed women can't serve in the military. Citing the "Tailhook" and Aberdeen Proving Ground sex scandals, Pence asserted in the op-ed that "the hard truth of our experiment with gender integration is that is has been an almost complete disaster for the military and for many of the individual women involved."

"Many young women find many young men to be attractive sexually. Put them together, in close quarters, for long periods of time, and things will get interesting. Just like they eventually did for young Mulan. Moral of story: women in military, bad idea," he said.

The report from Buzzfeed came out a few days after Donald Trump announced that he had selected Pence, governor of Indiana, as his vice presidential running mate. It also came out just before the Republican National Convention kicked off in Cleveland on Monday.

As the report points out, the movie is based on the 6th century Ballad of Mulan.

After leaving his job as president of the Indiana Policy Review Foundation, Pence launched his career in talk radio. First, he hosted "The Mike Pence Show," which aired on 18 stations throughout the state for a few hours each morning. Before his stint in Congress, he hosted a weekend political talk show in Indianapolis.