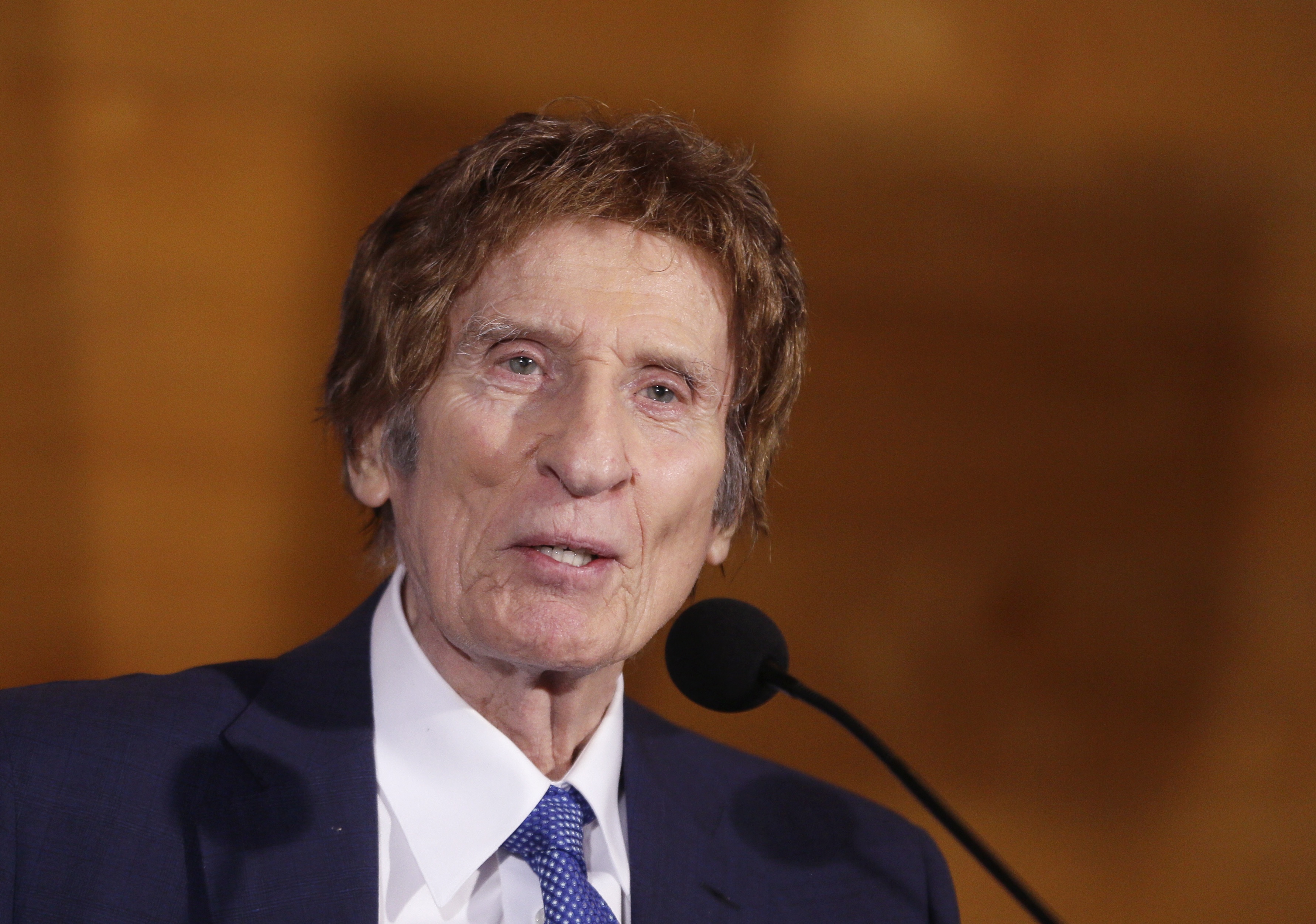 DETROIT -- Billionaire businessman Mike Ilitch, who founded the Little Caesars pizza empire before buying the Detroit Red Wings and the Detroit Tigers, and won praise for keeping the professional sports teams in the city as others relocated to new suburban stadiums, has died. He was 87.

His family released a statement saying Ilitch died Friday at a local hospital. They called him a visionary who set the tone for his company and his family.

City leaders heaped praise on the man known simply as “Mr. I” to most in Michigan for all that he put into Detroit.

“Mike Ilitch was more than just a shrewd, successful businessman. He was a Detroiter through-and-through,” Mayor Mike Duggan said Friday night in a statement. “Whether he was making pizza, building successful sports and entertainment franchises or supporting youth organizations in our city, Mr. I helped to bring thousands of jobs and opportunities to our city and attract millions of dollars of investment.”

Family spokesman Doug Kuiper confirmed the death, but no other details were provided.

Ilitch and his wife, Marian, founded Little Caesars - later known for its “Pizza! Pizza!” ads featuring an animated “Little Caesar” - in suburban Detroit in 1959. They eventually grew the business into one of the world’s largest carry-out pizza chains with several spin-off companies that now employ 23,000 people worldwide and posted revenues last year of $3.4 billion.

His investments in Detroit spearheaded the current flurry of development from downtown to Midtown.

“Mike Ilitch saw the bright possibilities of Detroit’s Woodward Corridor at a time that other investors had fully turned their backs on the city,” said Rip Rapson, president and chief executive of the Troy, Michigan-based Kresge Foundation.

“Revitalizing the historic Fox Theatre and relocating his business headquarters to the city were bold moves, but ones that ultimately set downtown on a course for incredible investment and remarkable transformation,” Rapson said.

Known simply as “Mr. I” to most people in Michigan, Ilitch was as much a fan of the often-struggling Detroit as he was of sports. When approached in 2009 by organizers of the Motor City Bowl in Detroit, Ilitch agreed to sponsor the annual college football bowl game despite a poor local economy. The game was renamed the Little Caesars Pizza Bowl.

“It’s a sporting event, and we need sporting events,” Ilitch said at the time. “It picks our community up to no end, with all the great colleges we have in this state and the professional teams that we have. Thank God for ‘em, especially at times that are rough right now.”

The son of Macedonian immigrants, Ilitch was born on July 20, 1929. He played baseball at Detroit’s Cooley High School and was signed by his hometown Tigers after his four-year stint in the U.S. Marines, spending three years in the team’s farm system before a knee injury ended his playing career.

But he found his niche in business.

It started with that first Little Caesars restaurant in Garden City, a working-class suburb west of Detroit. A food service distribution company soon followed to supply ingredients and other products for the growing number of restaurants. Blue Line Foodservice grew into one of the largest program account food service distribution companies in the U.S.

Ilitch Holdings Inc. was established in 1999 to manage the family’s interests in food, sports and entertainment, and the company remained family focused. His son, Christopher, is president and CEO, while his wife, Marian, was vice chairwoman as well as sole owner of MotorCity Casino, one of Detroit’s three casinos.

Ilitch broke into sports ownership in 1982, when he paid a reported $8 million for the struggling Red Wings. Once a National Hockey League powerhouse, the team had bottomed out to mediocrity, but it began winning again under Ilitch. The Red Wings took home the Stanley Cup in 1997, 1998, 2002 and 2008.

“Mr. and Mrs. Ilitch are incredibly passionate about Detroit and their teams,” Red Wings general manager Ken Holland told The Associated Press in a 2010 interview. “They create a family atmosphere with stability, loyalty and a personal touch. But we all understand we have to produce to be around for a long time.”

As part of his long-term plan to build a Detroit-based business empire, Ilitch also bought Olympia Entertainment, which manages sports and entertainment venues, in 1982.

Husband and wife bought the downtown Fox Theatre five years later and started a massive, $12 million restoration. It reopened a year later and became a lucrative venue for musicals, plays and other productions. The Little Caesars world headquarters also was moved downtown.

Then, in 1992, the man who once dreamed of playing for the Detroit Tigers bought the team for $85 million. He moved it in 2000 from the storied but fading Tiger Stadium to Comerica Park, across from the Fox Theatre.

Unlike previous owners of both sports franchises, Ilitch opened his checkbook to sign top players - finding solid success in hockey, and a rollercoaster in baseball.

The Tigers lost an American League record 119 games in 2003, but advanced to the World Series three years later, losing in five games to the St. Louis Cardinals. Near the end of a disappointing 2008 season, Ilitch said he and the team would review everything done to put the roster together but focusing on the $138 million payroll wasn’t the priority.

“I’m not afraid to go out and spend money,” Ilitch said. “It’s been very costly, but I’m not going to change my ways.”

But Ilitch never got the chance to see his team win a World Series, despite spending millions of dollars on contracts for stars like Miguel Cabrera, Justin Verlander, Victor Martinez, Ivan Rodriguez and Prince Fielder.

“I’ve never seen a man more dedicated to this community and to baseball than Mr. I,” Tigers Executive Vice President and General Manager Al Avila said Friday in a statement. “What he has done for this franchise, and for Detroit, is immeasurable. He was always there to give us whatever we needed because he wanted greatness and happiness for all of us - especially the fans.”

“We won a lot. I wish we would have won the ultimate world championship for him,” former Tigers General Manager Dave Dombrowski told The Associated Press on Friday. “He loved the city of Detroit and the state of Michigan and its fans.”

“He made such a positive impact in the world of sports, in business and in the community, and we will remember him for his unwavering commitment to his employees, his passion for Detroit, his generosity to others and his devotion to his family and friends,” Christopher Ilitch said in a release.

The Ilitch organization will continue its District Detroit project under Christopher Ilitch’s, leadership, transforming dozens of blocks of largely vacant land in Downtown Detroit into a dynamic, vibrant area for everyone in the community to enjoy, CBS Detroit reports. The District Detroit will include office, retail and residential spaces, as well as the new Little Caesars Arena.

Ilitch is survived by his wife, seven adult children, 22 grandchildren and three great-grandchildren.

Funeral services will be private, but plans are being made for the public to pay their respects to Mike Ilitch and the Ilitch family.