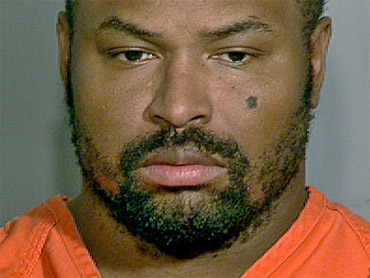 (AP Photo)
Nine years ago, former Arkansas governor and 2008 GOP presidential candidate Mike Huckabee commuted the prison sentence of Maurice Clemmons, the man being sought by police in connection with the weekend murder of four police officers in Washington.

Huckabee's decision to commute Clemmons' sentence came "over the protests of prosecutors," according to the Seattle Times, which quotes an Arkansas prosecutor saying, "This is the day I've been dreading for a long time."

Huckabee distanced himself from Clemmons in a statement last night, writing that if Clemmons is found responsible for the murders, "it will be the result of a series of failures in the criminal justice system in both Arkansas and Washington State." Here's more from the statement:

He was recommended for and received a commutation of his original sentence from 1990. This commutation made him parole eligible and he was then was paroled by the parole board once they determined he met the conditions at that time. He was arrested later for parole violation and taken back to prison to serve his full term, but prosecutors dropped the charges that would have held him. It appears that he has continued to have a string of criminal and psychotic behavior but was not kept incarcerated by either state.

4620389Clemmons has a long criminal history that reportedly includes at least 13 felony convictions, and most recently had been in jail on charges of child rape. According to the Times, he was sentenced to 60 years in prison in 1990 for burglary and theft, when he was 18 years old; he had already been serving a 48 year prison sentence at the time, and faced another possible 95 years behind bars on separate charges. Huckabee reportedly commuted that sentence, pointing to the fact that Clemmons was just a teenager.

This is not the first time Huckabee, who is widely believed to be considering another presidential run, has faced questions tied to his intervention on behalf of a prisoner.

In 1985, a man named Wayne DuMond was convicted of the rape of a 17-year-old girl with a connection to then-Arkansas Governor Bill Clinton. DuMond's sentence was set at life in prison, plus 20 years. In 1992, Clinton's successor in the Arkansas governor's mansion, Jim Guy Tucker, reduced that sentence to 39 years, making DuMond eligible for parole.

When Huckabee became governor in 1996, he expressed doubts about DuMond's guilt and said he was considering commuting his sentence to time served. After the victim and her supporters protested, Huckabee decided against commutation.

But in 1997, according to the Kansas City Star, Huckabee wrote a letter to DuMond saying "my desire is that you be released from prison." Less than a year later, DuMond was granted parole. He was later arrested for sexually assaulting and murder and was the leading suspect in a second rape and murder.

Huckabee's office denied that the governor played a role in the parole board's decision, but there was evidence to contradict that claim.

In 2007, Huckabee told CNN, "For people to now politicize these deaths and to try to make a political case out of it, rather than to simply understand that a system failed and that we ought to extend our grief and heartfelt sorrow to these families, I just regret that politics is reduced to that."

Huckabee appeared on "Fox News Sunday" yesterday. He said he has become "less likely" to run for president in 2012 because he finds his current job hosting a show on Fox News to be "really wonderful." He also suggested he could again have a hard time attracting support from the Republican establishment.

Huckabee made the comments before news broke of his connection to Clemmons.