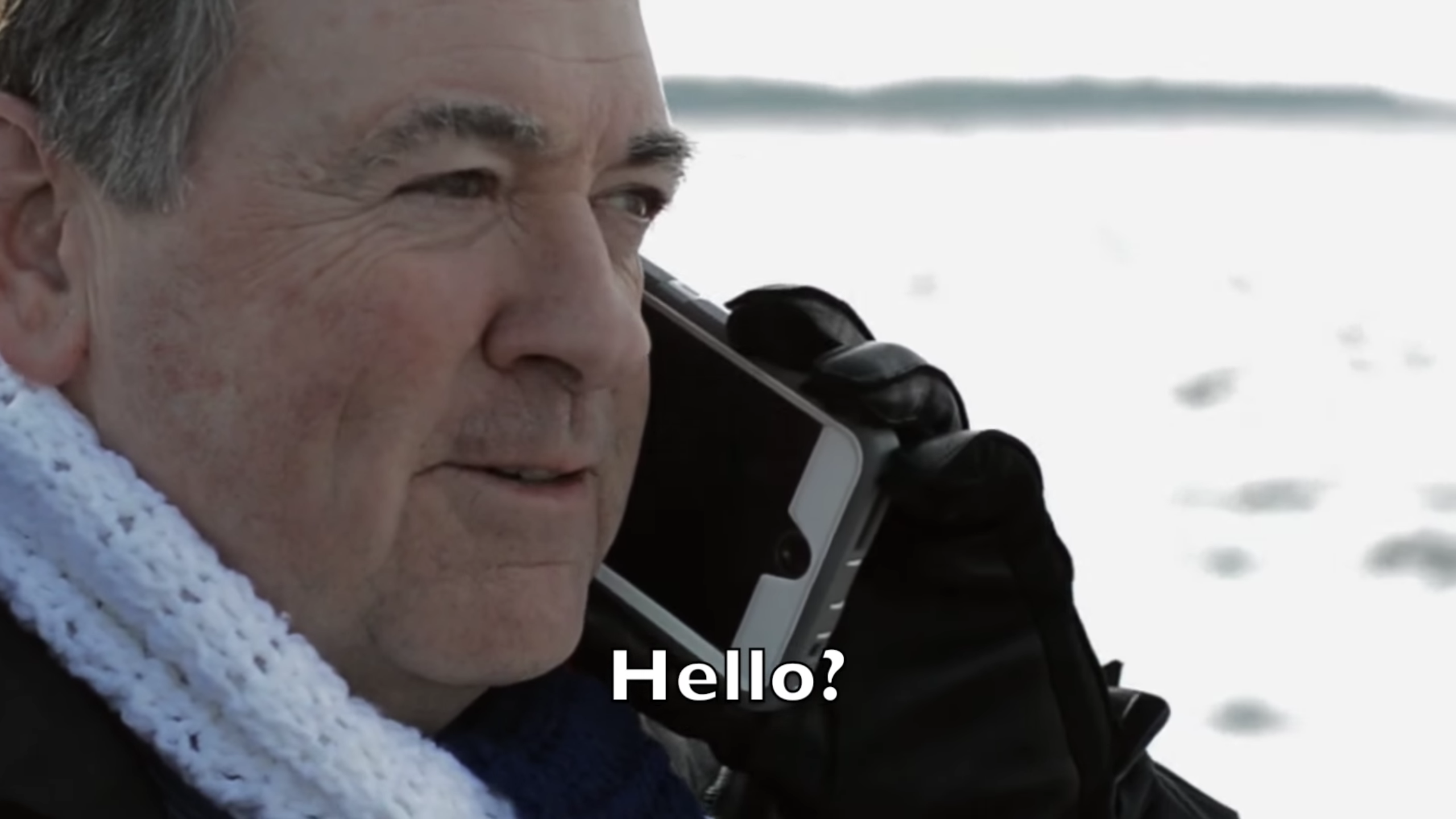 Mike Huckabee's struggling presidential campaign is hoping to channel some of Adele's YouTube mojo with a new parody video of her hit single "Hello."

But while Adele's original song became an instant success on YouTube -- "Hello" smashed records when it became the fastest video to garner 1 billion views on the streaming site in just 87 days -- Huckabee's attempt at a humorous cover will probably fall short.

With less than a week to go before the Iowa caucuses, the campaign's rendition is a last-minute pitch to the Midwest state's residents, starring Huckabee with a cell phone pressed against his ear and an off-camera (and slightly off-key) singer.

It gives tribute to popular campaign stops in the state like Sioux City, with lyrics crooning "Your Woodbury Country Supper Club has quite a cute baby" and "Try the pork chops, baked beans."

The video, with numerous shots of snow-lined roads, pays homage to the "arctic blasts" and "sub-zero chills" of Ankeny, Iowa -- where, according to the song, "I got frostbite, gangrene."

And there's more: "This crazy circus... it's gone cuckoo-ca-choo. And Huckabee is the guy who's long overdue."

Huckabee, of course, is not the first candidate this election cycle to reshape catchy tunes to fit their political agenda.

Earlier this month, GOP front-runner Donald Trump paraded three pre-teen girls at a Pensacola, Florida rally, singing and dancing to their own version of a World War I propaganda song called "Freedom's Call."

And when former neurosurgeon-turned-politician Ben Carson launched his presidential campaign, he had a gospel choir singing rapper Eminem's "Lose Yourself" at his kickoff event.

It's not always a gambit that will work: Trump's USA Freedom Girls, for example, became the subject of much media mockery, and footage of the performance was later taken down because of copyright infringement claims.

But hey (or, hello), at least Huckabee can say he tried.