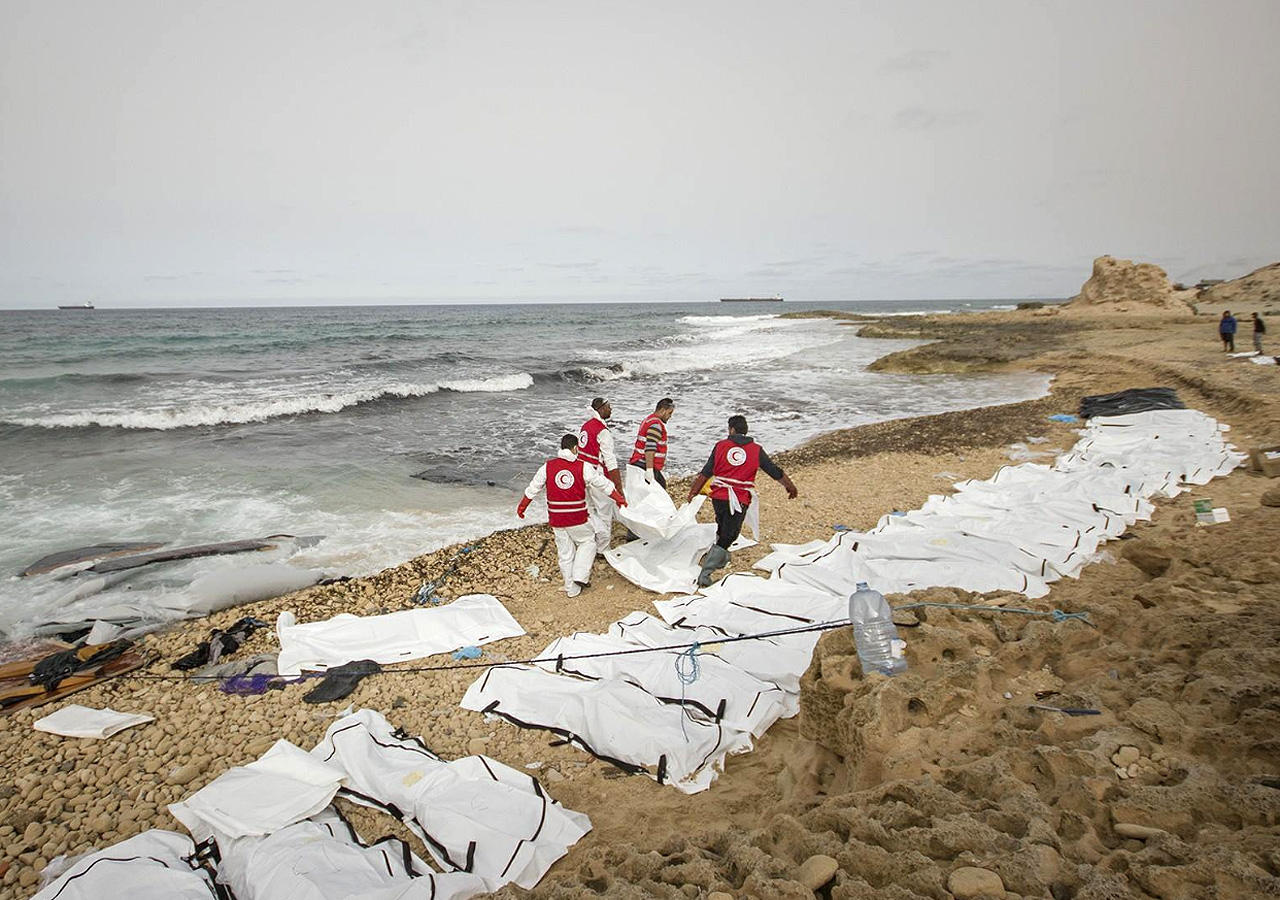 CAIRO -- Libya’s Red Crescent says 74 bodies of migrants have washed ashore in the western city of Zawiya on the Mediterranean Sea.

He says the circumstances involving the drowning of the migrants are not clear yet. The agency posted on its Twitter account photographs of dozens of bodies in white and black body bags, lined up along the shore.

He also says that local authorities will take the bodies to a cemetery in the capital of Tripoli that’s allocated for unidentified persons.

Migrant deaths have risen to record levels along the Libya-Italy smuggling route across the Mediterranean Sea.

Al-Misrati said a torn rubber boat was found nearby and that he expected more bodies to surface as such boats usually carry up to 120 people.

The aid agency posted on its Twitter account photographs of dozens of bodies in white and black body bags, lined up along the shore.

Last week, Fabrice Leggeri, director of the European Border and Coast Guard Agency, said the Libya-Italy smuggling route across the Mediterranean has seen record numbers of migrant drownings in 2016.

According to Leggeri, migrant deaths along the central Mediterranean route stood at 4,579 for last year, which still might be much less than the true loss of life. That’s compared to 2,869 deaths in 2015 and 3,161 in 2014.

There is little sign of the surge is abating, even during wintertime. There were 228 recorded deaths in January, by far the biggest monthly toll in recent years. Leggeri blamed the very small dinghies and poor vessels used by the smugglers for the high death rate.

In Libya, the turmoil engulfing this North African country has become a death trap for thousands of migrants, most of them from sub-Saharan African countries, seeking to escape poverty and find a better life in Europe.

Libya is split by competing governments and many militias rule on the ground, many of them profiting from smuggling and human trafficking. ISIS has managed to carve out a stronghold in the country’s north. Rights groups have documented migrants’ horror journeys involving torture, rape, and forced labor inside Libya.

The country sank into lawlessness following the 2011 uprising that turned into a full-blown civil war that led to the toppling and killing of longtime dictator Muammar Qaddafi.

Since then, human trafficking has thrived amid Libya’s chaos.