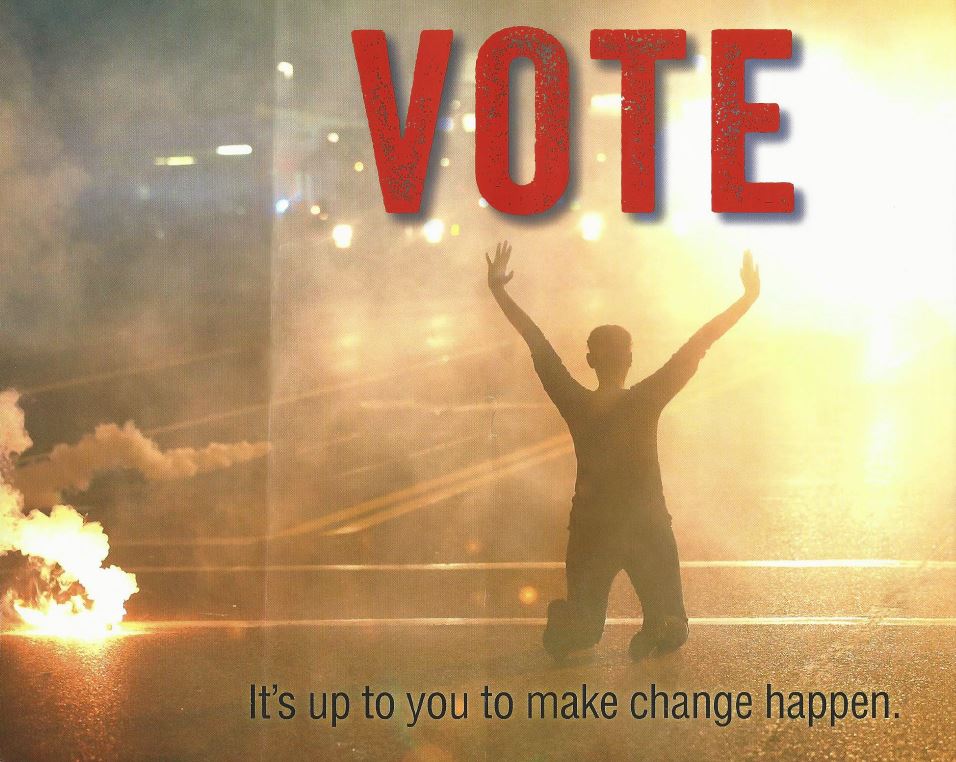 In advance of Tuesday's elections, both parties have switched into get-out-the-vote mode.

Ad-makers from both sides are hoping fear of Ebola is just as contagious as the disease itself, using images of body bags and hazmat suits to blame opponents for Ebola's arrival in the U.S.

And it's isn't just ads. In eastern Kentucky, voters received an ominous envelope labeled "Election Violation Notice." It turned out to be a mailer from the state GOP attacking the Democratic Senate candidate, who is now suing -- claiming voter suppression.

In the South, Democratic groups looking to boost African-American turnout sent out flyers warning that the "only way to prevent another Ferguson is to vote."

They even invoked the killing of Trayvon Martin in a radio ad against North Carolina Republican Thom Tillis.

"Tillis even let the effort to pass the type of 'Stand Your Ground' laws that caused the shooting death of Trayvon Martin," the ad described.

"I think it's just another example of a desperate campaign," said Tillis.

"I think that injecting that kind of issue into politics is wrong," she said. "I think there's certainly a time and a place to have a dialogue on those issues. But I'm totally against fear tactics."

Fear in politics is nothing new. President Johnson aired his infamous "Daisy Girl" nuclear ad against Barry Goldwater 50 years ago and many political watchers remember the famous Willie Horton ad that supporters of George H.W. Bush used to attack Michael Dukakis in the 1988 presidential campaign.

"Ultimately at the of the campaign, you've run out of reasons for trying to convince voters to vote for you, so you're usually trying to convince people to vote against the other person or to disqualify the other candidate," University of San Francisco politics professor Ken Goldstein said. "And of course a great way to disqualify the other candidate is to make people fearful of what might happen if that other person is elected."

This cycle, ads nationwide invoking Ebola ran 734 times between October 21- 25, compared with a total of 484 tracked by advertising analysts at Kantar Media/CMAG in the months prior.

Experts believe one reason negative ads can be effective is that people are often more likely to vote when they're motivated by the fear of something bad rather than the promise of something good.