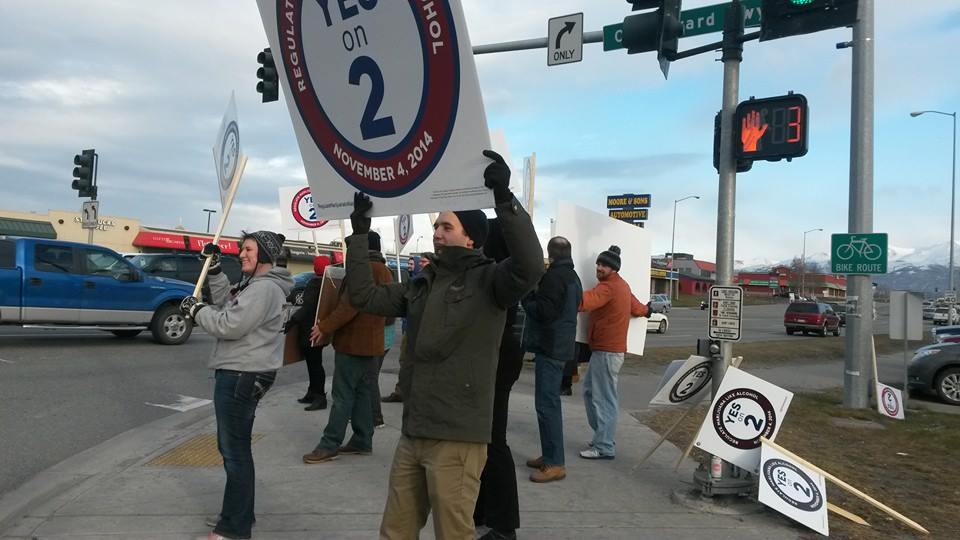 Campaign volunteers in Oregon are using the final days before Tuesday's election canvassing voters about Measure 91. If passed, it would legalize, regulate and tax recreational use of marijuana for adults over 21 years of age, reports CBS News correspondent Ben Tracy.

"Treating marijuana use as a crime has failed," Measure 91 supporter Anthony Johnson said.

Supporters have raised $7 million and what's at stake is tax revenue. Since January, Colorado has taken in $45 million from recreational and medical marijuana sales.

Yet, the latest polls in Oregon suggest it's going to be close. 46 percent of likely voters oppose the legislation and 44 percent support it.

In Alaska, where voters have twice said "no" to legalization, Measure 2 is too close to call. According to the ACLU, 81 percent of Alaska's drug arrests are for marijuana possession, the highest in the country.

In both states, opponents worry about packaging that appeal to children. They point to Colorado, where two deaths are connected to edible marijuana products.

They're also worried about the danger to neighborhoods from users extracting the most potent part of the plant with flammable liquids.

Pro-pot backers believe the measures could go up in smoke unless younger voters show up, a challenge in a midterm elections which usually skew older.

"Because it's time for a new generation that want more freedom and want to get rid of a bad and failed old-fashioned policy," Johnson said. "It's time for them to vote and lead the way."

Beau Kilmer, an expert on drug policy, said these outcomes could turn the tide in 2016 when hopes are high for legalization initiatives around the country.

"A lot of the public support is going to depend on what happens in these states," co-director of the RAND Drug Policy Research Center Beau Kilmer said. "I think there's a good chance you're going to see marijuana legalization on the ballot in California in 2016, and probably in a number of states."