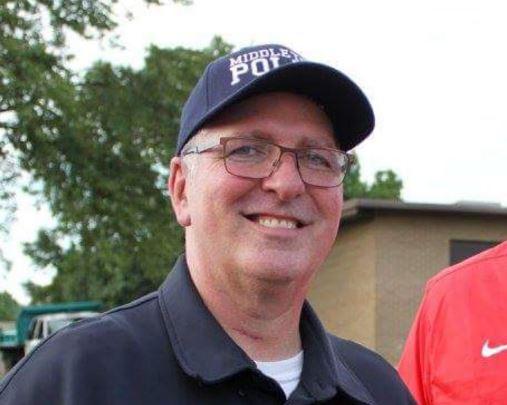 Middletown Police Chief Rodney Muterspaw took to social media to vent his frustration at the shooting death of the unarmed black man by a Tulsa police officer, one of several this year that have continued to spark tension between police and the black community.

One of his tweets, shared thousands of times as of Wednesday morning, reads: “As an officer I am so sick and drained of some cops doing things like this. You are making us all look bad. STOP.”

CBS Cincinatti affiliate WKRC-TV reports Muterspaw later said that he’s been in that situation many times and that he believes officers should do whatever it takes it protect a life first.

Muterspaw is a longtime veteran officer with the Middletown Police Department.

Muterspaw told the Journal-News newspaper​ in Middletown that he will use the shooting in Tulsa as a training tool for his officers, and that he will speak to all of them about it.

He said he doesn’t know why deadly force was used in the Tulsa shooting, but acknowledged that no amount of training can prepare some people for the job.

Family of man killed in police pursuit speaks out

Derek Chauvin sentenced to 22.5 years in prison for Floyd's murder

How effective are body-worn cameras in curbing police violence?
More

“We are like any job,” he said. “It’s not necessarily bad seeds or bad apples, people just aren’t prepared when something happens and they panic. You can train all day long. You can go through scenarios all day long. But you know you are not going to get hurt in those scenarios. But when it hits the fan, people sometimes panic.”

The shooting death of Crutcher in Tulsa, as well as another allegedly armed black man in Charlotte, N.C.​, has set off another round of protests against police​ in those two cities.