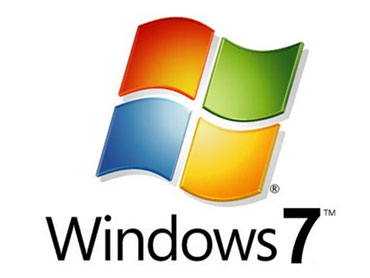 This report was written by CNET's Ina Fried

With Windows 7, Microsoft is going back to basics.

It's true of the product, which is as notable for its everyday performance as any one new feature. It's also true of how Microsoft plans to launch the new operating system on Thursday.

Rather than go for flash, the company is focused on making sure that all of its partners are ready to sell lots of PCs and copies of Windows 7.

Microsoft is hoping to strike a contrast with the launch of Vista, which was marked by ambitious marketing (Remember "The Wow starts now"?) but a product that wasn't fully baked, nor were other software and hardware makers ready for the big changes that came with Vista.

Windows 7, meanwhile, offers only minor changes to the Windows core from Vista, and aims to be faster and easier to navigate than its predecessor.

Reller said the goal with the marketing of Windows 7 is to let the product speak for itself. Early ads have featured Kylie -- the perfectly precocious preschooler -- reading some of the product's positive reviews.

Among the promotions Microsoft tried with Windows Vista was an outdoor human billboard, which left spectators -- quite literally -- out in the cold on a very nippy New York day.

Microsoft said this time around, it is putting nearly all its energy on getting the product in front of as many people as possible. As has been the case with past Windows launches, there will be plenty of specials and promotions tied to the Windows 7 launch. Customers, she said "can expect great, great deals."

"This is where we've put a lot of coordination effort to make sure that customers more than ever get some great, great value, starting on October 22 and continuing."

And, of course, Microsoft is planning a massive advertising campaign to promote the product. The launch of Windows 7 is key for Microsoft, which gets a huge chunk of overall sales and profits from Windows.

Although some PC makers have already started introducing their Windows 7-based models, Reller promised there are other machines yet to be announced.

Some stores will also open at midnight, Reller said, without offering specifics. Microsoft itself is opening its first retail store -- in Scottsdale, Ariz. -- to coincide with the launch, although that store opens at 10 a.m. on Thursday. Sources said to expect a celebrity or two, plus some nice goodies for whoever happens to be the first to walk out of the store with a copy of Windows 7.

Microsoft is also opening a "Windows Cafe" in Paris, though that location will be selling lattes rather than laptops.

As for formalities, Microsoft plans launch events around the globe, with Windows unit head Steven Sinofsky in Japan kicking things off, followed by Julie Larson-Green at an event in Britain and finally, (due to time zones) Steve Ballmer presiding over the main event in New York.

Microsoft will also ring the opening bell on Nasdaq on Thursday, while Microsoft will join with its computer maker partners to end the day's trading.

Unclear is whether Microsoft will be making a return appearance to late-night TV. With the launch of Vista, Bill Gates took to the Daily Show stage, talking tech with Jon Stewart.

"You'll certainly see a lot of coverage from us that day, but no commitments on the exact venue," Reller said.

I'll have more from my interview with Reller in a post on Tuesday morning, including her thoughts on Apple and those now-infamous Windows 7 house parties.