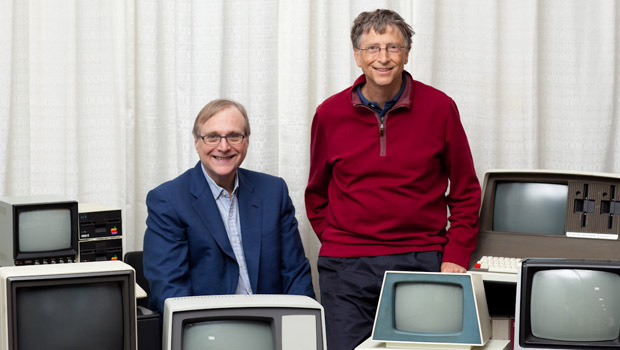 Microsoft founders Bill Gates and Paul Allen had a moment to pause and muse over the early days of computing at a recent event at Seattle's Living Computer Museum.

The tech luminaries were at a gathering of friends, hosted by Allen, a spokesperson for the Living Computer Museum told CBS News via email. Several of the guests were tech and computing pioneers.

"They checked out the museum -- which has dozens of vintage mainframes that have been restored to working condition -- and had a great time reminiscing about the early days of computing," the spokesperson said.

The photo was set up by the Living Computer Museum team, who rounded up the computers to recreate the historic picture.

Allen tweeted out the photo to over 73,000 followers on Twitter the following day with the caption: "So much fun catching up w/ computing pioneers at the #LCMCelebration last night! Here I am with old friend @BillGates."

The original Microsoft photo below was taken in 1981.