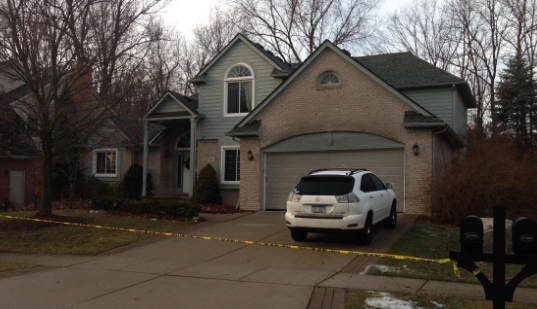 DETROIT -- The owners of a restaurant in suburban Detroit have pleaded guilty to illegally harboring five immigrants who died in a basement fire.

Roger Tam and wife Ada Mei Lei admitted Wednesday that they knew a teenager and four young men from Mexico were in the U.S. illegally. The five worked at Kim’s Garden restaurant and lived in a home in Novi owned by the couple.

The victims died a year ago in a fire.

Tam and Lei pleaded guilty without making a deal with prosecutors. Defense lawyers say the government wanted the couple to acknowledge that they’re responsible for the deaths. They declined. It means a judge must settle the critical issue. It’s significant because it could lead to long prison sentences.

“Today the principal defendants were convicted for using illegal labor to operate restaurants in metro Detroit,” Steve Francis, acting special agent in charge of Homeland Security Investigations Detroit, said in a media release. “These guilty pleas should stand as a warning to employers who knowingly hire and employ illegal aliens that they will be held accountable for their actions.”

Authorities say the fire was caused by a burning cigarette on a mattress, according to CBS Detroit.

Investigators say the victims who died worked 16-hour days, six days a week at Kim’s Garden, Tam’s restaurant. According to a criminal complaint, employment and financial records for Kim’s Garden revealed no indication that the five individuals were legally employed at the restaurant.

The criminal complaint alleges the Mexican nationals -- ranging in age from 16 to 23 -- were provided housing, paid in cash and were transported to and from the restaurant as a condition of their employment.

The basement of Tam’s home had stairs to the first floor, police said, but the basement windows were made of glass block, which would prevent any escape in an emergency. The brother of one of the victims says he saw Mei Lei disable a smoke detector due to its constant beeping.

Autopsies found all five victims died from smoke and soot inhalation, and one of them suffered burns.