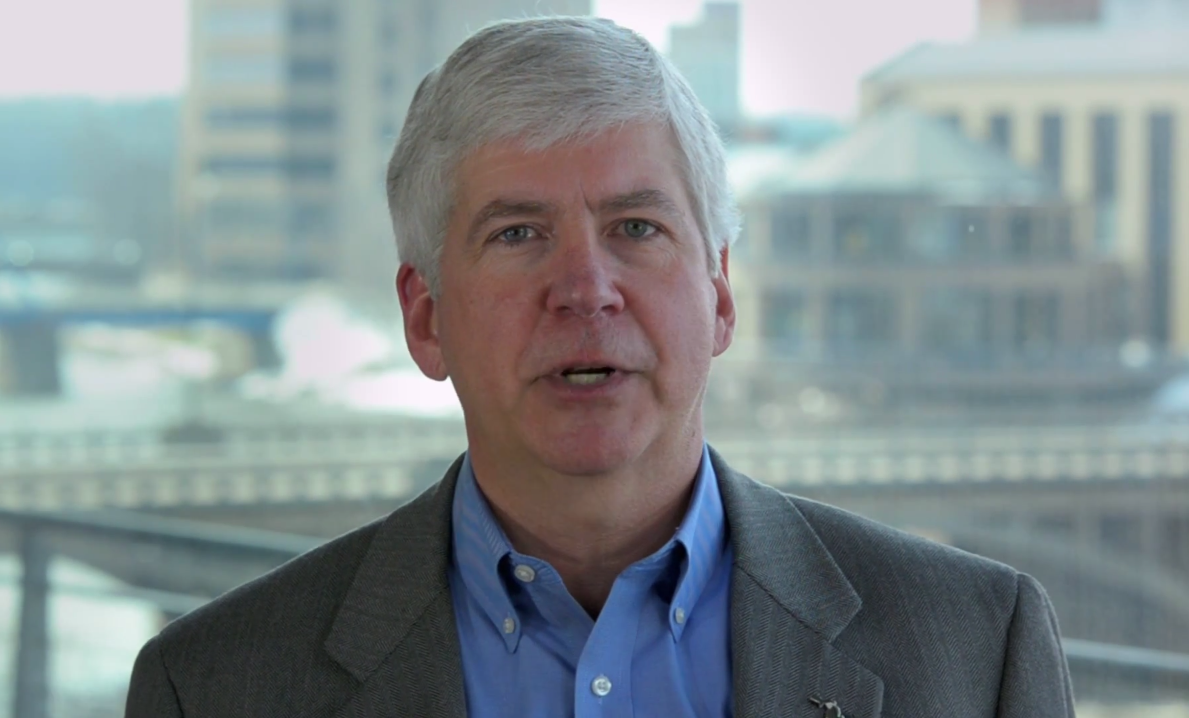 "The comeback's happening," said Snyder, whose already-struggling state was brutalized in recent years by the recession, in the weekly Republican address. "It's happening right here in Grand Rapids and all across our state. It can happen nationally as well - by following the leadership example set by great Republican governors."

"Republican governors are balancing budgets by reforming education, pension, tax and regulatory systems. Most importantly, we're putting policies in place to make our states engines of economic growth," he said. "There is no better example than here in Michigan. We rank first in the United States for recovering the most from the great recession, and our unemployment rate just hit its lowest point in nearly six years."

Snyder said it's the private sector, not the government, that creates jobs, but that it's up to the government "to create the environment where jobs can grow."

And Snyder reserved a special shout-out for Republican governors in Wisconsin, Ohio, Indiana and New Jersey, whom he commended for cutting spending and loosening regulations.

Meanwhile, in President Obama's own weekly address Saturday, he continued his push for an increase in the federal minimum wage and a reform of workplace policies to ensure "our economy rewards the hard work of women."

On Thursday, during a visit to a community college in Orlando, Fla., the president described his "personal stake" in women's equality, saying he wants to make sure his daughters "are getting the same chances as men."

"I just want to be clear, I've got nothing against you men," he joked. "But I've got a personal stake in seeing women get ahead. First of all, women make up 80 percent of my household."

It was a message he repeated on Saturday.

"On average, a woman still earns just 77 cents for every dollar a man does. And too many women face outdated workplace policies that hold them back, which in turn holds back our families and our entire economy," the president said. "A woman deserves to earn equal pay for equal work and paid leave that lets you take a day off to care for a sick child or parent. Congress needs to act on these priorities."

"And when women hold most lower-wage jobs in America," he added, "Congress needs to raise the minimum wage because no woman who works full-time should ever have to raise her children in poverty."

The president repeated his call for Congress to lift the federal minimum wage to $10.10 per hour, saying it would immediately boost wages for millions of Americans while helping spur broader economic growth.