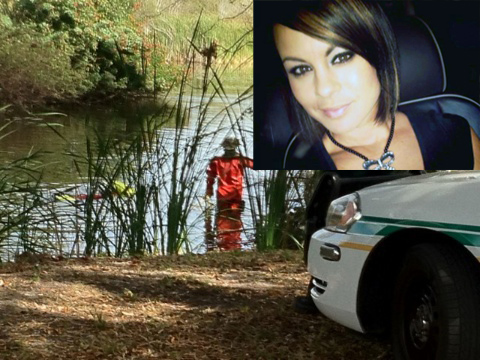 (CBS/WKMG) ORLANDO, Fla. - Divers searched in and around a lake in Orlando Wednesday for missing mother Michelle Parker, who vanished after appearing on the television show "The People's Court" in November.

CBS affiliate WKMG reports that the search, which also included a nearby pond, came up empty.

"There was nothing of evidentiary value to this incident discovered," according to an Orlando Police Department release.

According to the Orlando Sentinel, a "credible tip," one of about 700 tips police have received so far, prompted Wednesday's search.

Police say the missing mother of three was last seen on Nov. 17, the same day an episode of "The People's Court" aired in which Parker and her ex-fiance» Dale Smith argued over who was responsible for the cost of a missing $5,000 engagement ring.

Orlando police have named Smith as a suspect in Parker's disappearance, but he has not been charged with any crime.

The body of water police were searching, near the 4800 block of South Orange Blossom Trail, is about 11 miles from Smith's home and about five miles from the area where Parker's Hummer was recovered shortly after her disappearance was reported, WKMG reports.

Parker's family members who were at the scene on Wednesday said they're hopeful that some clues will be uncovered and are grateful that tips are still being provided by the community.