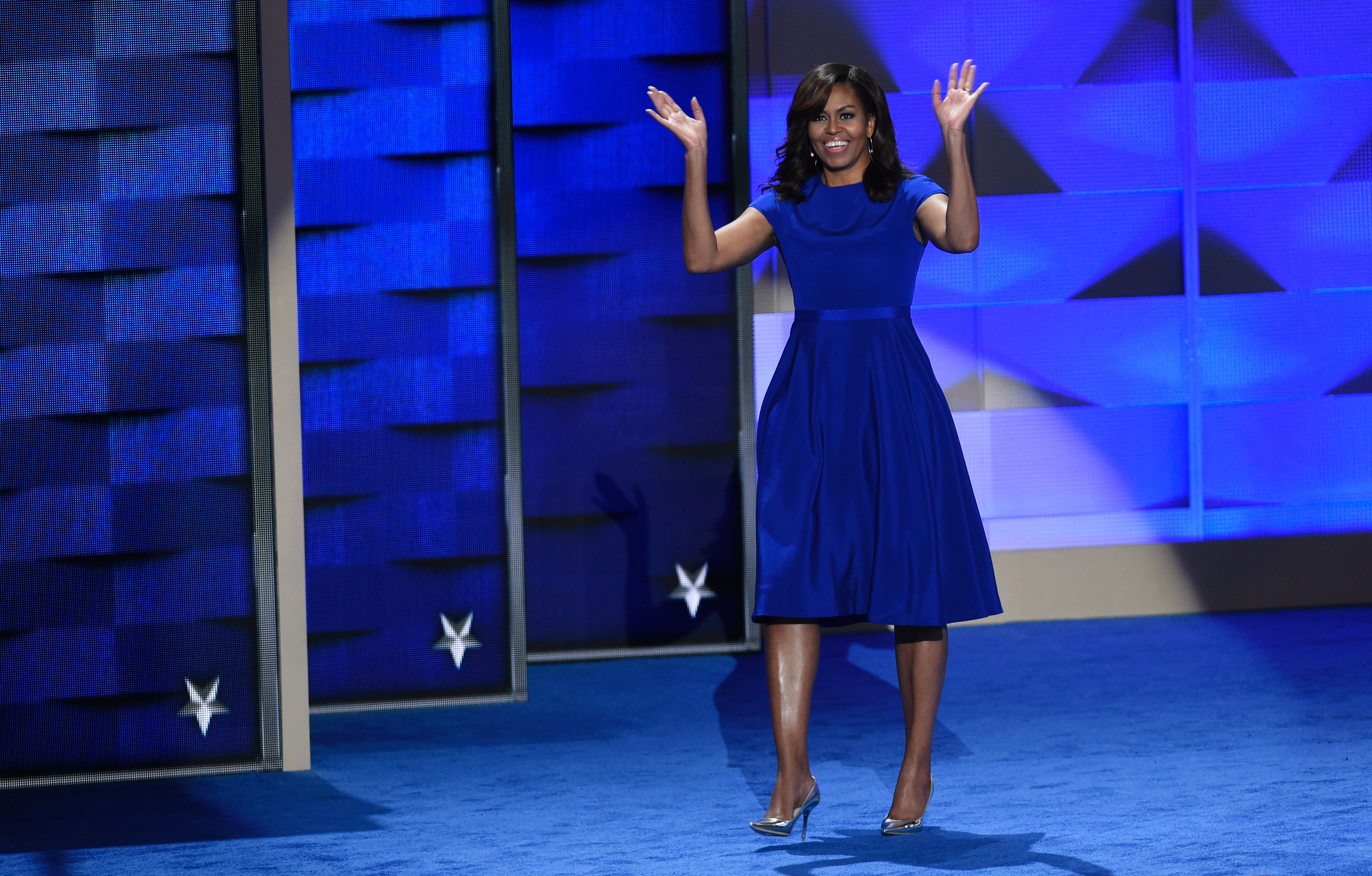 Michelle Obama, who ditched the boxy jackets and dowdy style of so many first ladies before her, addressed the Democratic National Convention in a custom, royal blue dress by designer Christian Siriano.

Never predictable or boring when it comes to clothes, her choice was in line with the modern and cool approach she has taken for the last eight years.

"Stuffy is not her signature, and in that sense her fashion choices reflect that sensibility and the mood of the times," said Avril Graham, executive fashion and beauty editor for Harper's Bazaar magazine.

Mrs. Obama wore her hair loose, parted to one side, with the cap-sleeve, A-line dress. Her jewelry was minimal, large silver earrings a prominent touch. The look was low-key, Graham said, calling it "of the people, not stiff, simple, appropriately elegant, mannerly so as not to upstage."

"I think it's fair to say Michelle Obama has been the darling of the fashion set. She has championed young design talent and highlighted existing designer names with a very confident approach to her wardrobe choices," she said.

The 30-year-old Siriano, who won the fourth season of "Project Runway" in 2008, has been growing his New York-based brand ever since. His custom convention creation included high-belt detailing, a tight bodice and a flared hem that lent the look movement.

He made headlines earlier this year when he answered the call to dress Leslie Jones for the "Ghostbusters" premiere after the actress remarked that she'd been utterly ignored by other designers.

Siriano dressed Mrs. Obama for the first time for a much sadder occasion: a black dress for the July 12 memorial service for five police officers killed by a sniper in Dallas.