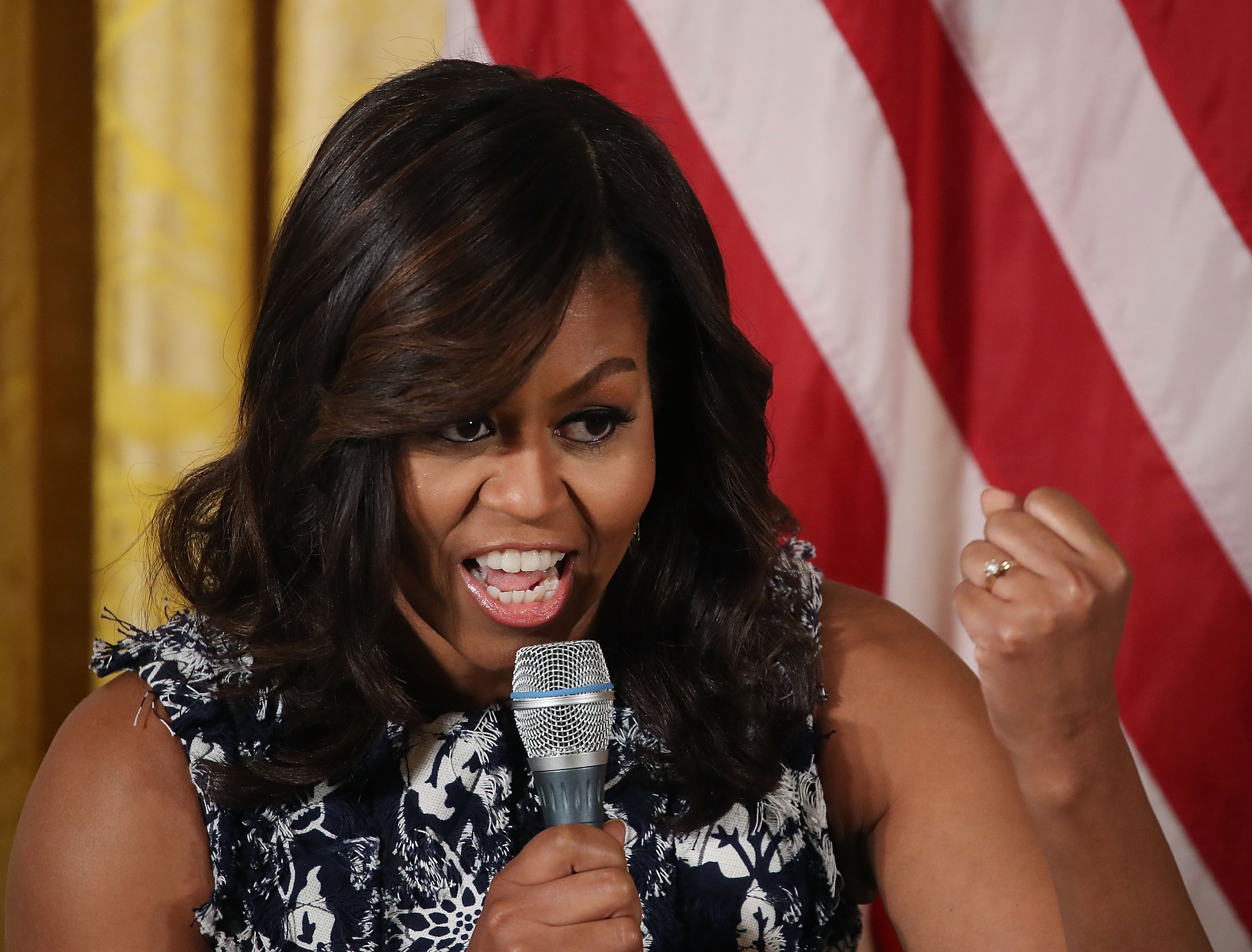 James Corden has had a lot of impressive passengers in his "Carpool Karaoke" series, but this one is going to be tough to beat.

The first lady, Michelle Obama, joined the "Late Late Show" host for a special extended edition of his hit series, which aired Wednesday night. The carpoolers didn't get very far, though, as the Secret Service wouldn't allow them to venture beyond the White House driveway.

But Mrs. Obama and Corden made the most of their route, joyfully belting out Stevie Wonder's "Signed, Sealed, Delivered I'm Yours" and Beyonce's "Single Ladies." And the first lady, it turns out, can really carry a tune.

Mrs. Obama also introduced "This is For My Girls," a track written by Diane Warren -- and performed by Kelly Clarkson, Missy Elliott, Janelle Monae, Kelly Rowland, Lea Michele and Zendaya -- that promotes education for girls worldwide.

And Elliott herself even popped up in Corden's back seat to help sing along. Not sure how the Secret Service missed that one.

"So much could be corrected in the world if girls were educated and had power over their lives," Mrs. Obama said. "My message to kids here is, don't take your education for granted."