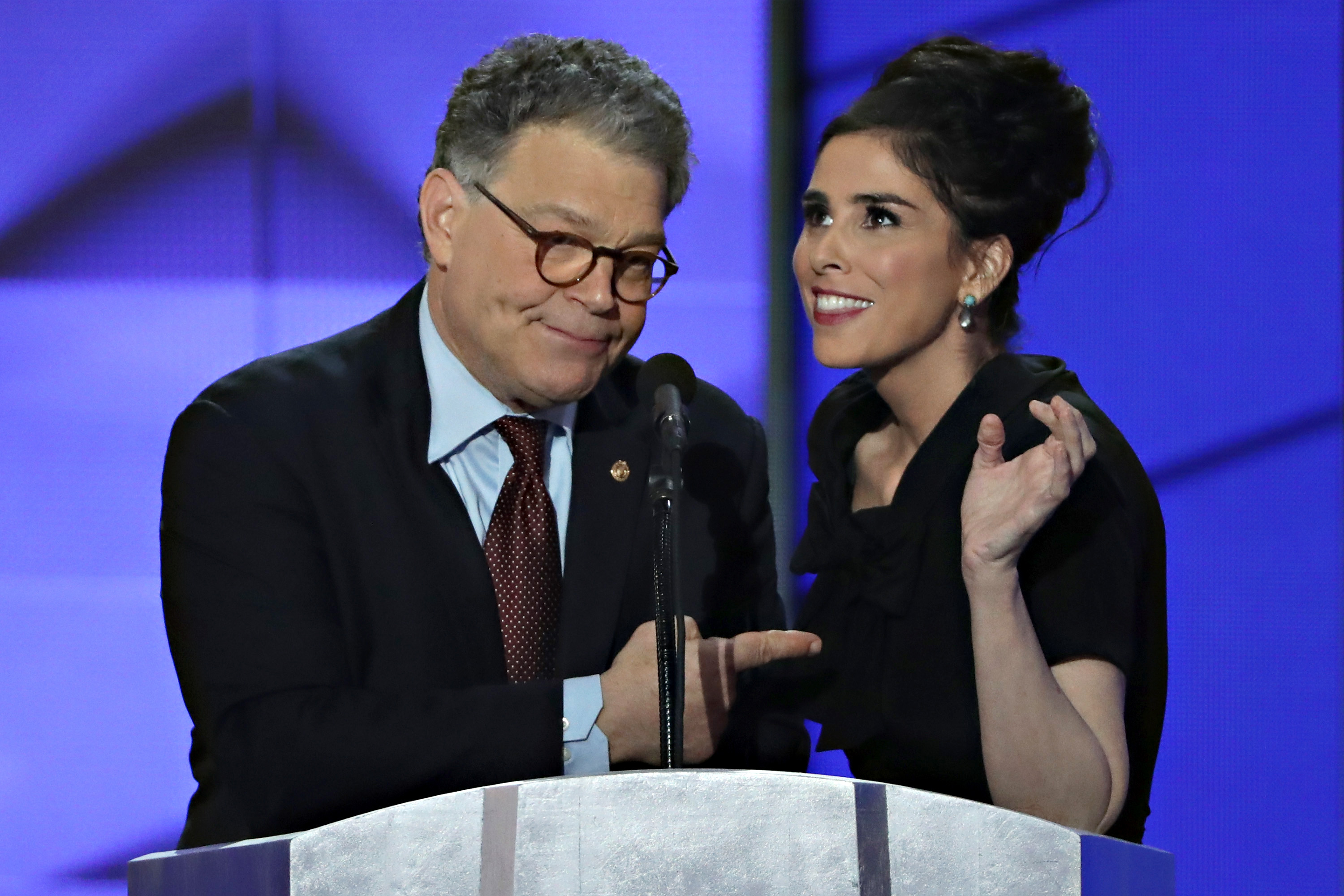 Comedian Sarah Silverman drew quite a bit of attention Monday with her remarks at the Democratic National Convention about the more stalwart among Bernie Sanders' supporters who are vowing to not support Hillary Clinton.

"To the 'Bernie or Bust' people: You're being ridiculous," Silverman said from the podium, next to Sen. Al Franken. As it turns out, no one knew she was going to say it.

Sarah Silverman to Sanders die-hards: "You're being ridiculous"

"It wasn't scripted at all," Silverman later told CNN, explaining that she and Franken had been told that the program was running ahead of schedule and they needed to stretch for time. No stranger to ad-libbing, Silverman proceeding to make one of the night's most high-profile comments.

Reactions online to Silverman's jab came quick -- and offered a lot of praise and support.

But among the positive reactions, there were some that took issue with Silverman's off-the-cuff remarks, and they weren't shy about it.

For some, though, it was clear that commenting on Silverman's remarks wasn't necessarily about taking a side.

As for Silverman herself, her only further commentary on social media was to express her continued admiration for Sanders, despite what she might think of his more ardent supporters.