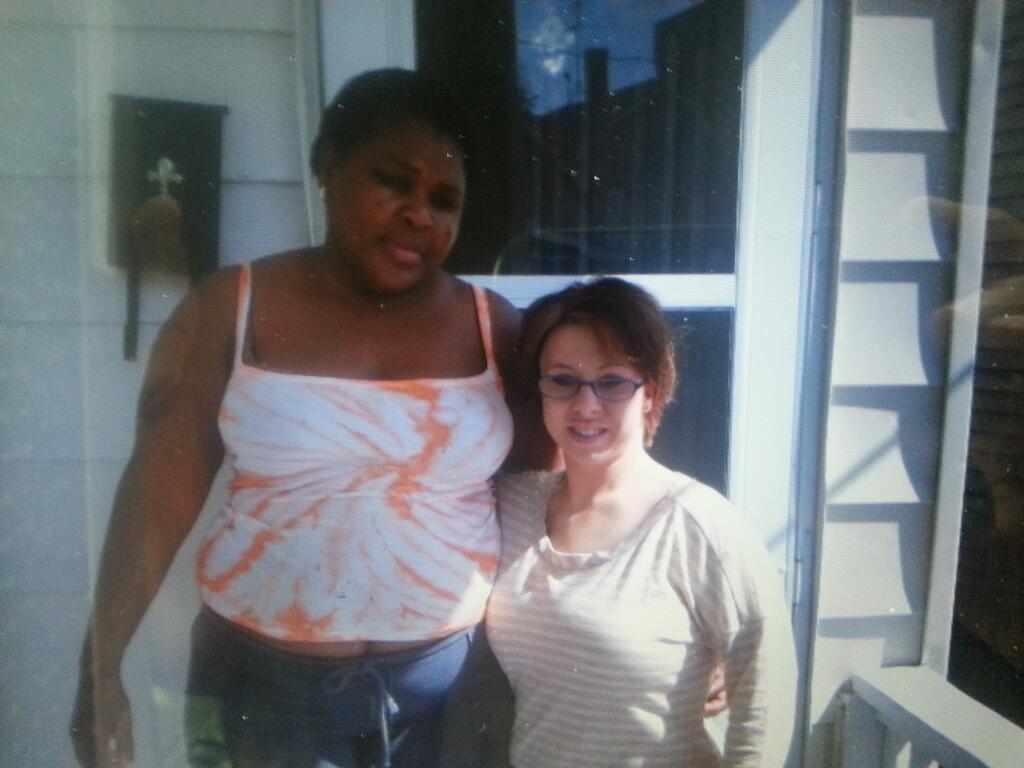 Knight, 32, escaped from the home of her captor Ariel Castro in May along with Amanda Berry and Gina DeJesus. Castro was sentenced Thursday to life in prison without the possibility of parole following an emotional day of testimony. Knight herself addressed Castro, telling him, "Your hell is just beginning."

Knight arrived at the home with a small group, but didn't go inside, WOIO reports. She reportedly thanked neighbors for their help in the dramatic rescue.

Berry and her father were at the home on Tuesday, and DeJesus has also returned there, reports the station.

The home, which prosecutors said was modified and strewn with chains and padlocks in order to keep the women captive, is set to be demolished.

Castro will start his life term in prison isolated from other inmates.

A spokeswoman for Ohio's prisons department says Ariel Castro won't go into general population once he enters the prison system. She says it's for his own protection because of his high profile case.

Castro remained in jail Friday. He will undergo medical and mental health evaluations after arriving in prison.

Castro made a deal with prosecutors that spared him from a possible death sentence before admitting to imprisoning the women in his home.

He has pleaded guilty to aggravated murder, kidnapping and rape.