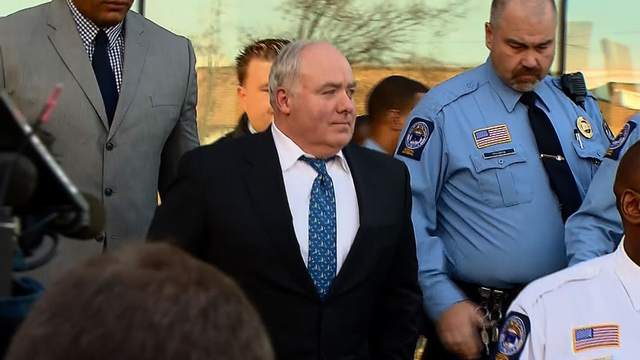 The state’s highest court on Friday released its 4-3 ruling.

Skakel’s lawyer Hubert Santos said he was reviewing the ruling and had no immediate comment.

Skakel was convicted in 2002 of killing Moxley in Greenwich, where they were neighbors. Moxley was bludegoned with a golf club. Both were 15 at the time of the crime.

WATCH: “48 Hours:” The Ghosts of Greenwich

Skakel was sentenced to 20 years to life in prison. But he was freed in 2013 on $1.2 million bail after a judge granted him a new trial based on claims that Skakel’s trial lawyer, Michael Sherman, made a series of poor decisions in representing him. The judge found, in part, that Sherman failed to argue that Skakel’s brother Thomas Skakel could have been responsible for the crime and failed to present a key alibi witness for Skakel.

Sherman had defended his work. Thomas Skakel has denied having anything to do with the killing.

State prosecutors appealed, and in February argued before the state Supreme Court that Michael Skakel -- the nephew of Robert F. Kennedy’s widow, Ethel -- had a “well-planned, well thought-out, professional defense.”

Prosecutor Susann Gill told the justices that Sherman did a competent job investigating and trying the case and that Skakel’s appellate lawyers had not met the high burden under case law to prove ineffective counsel. She also stood by the state’s position that there was “substantial” evidence that Michael Skakel killed Martha Moxley.

But Santos told the justices, “This defendant did not get a fair shake. The weight of the evidence is that Tommy Skakel killed Martha Moxley.”

Santos also said Michael Skakel had an alibi on the night of the killing at 10 p.m., the time that he said evidence shows Moxley was killed. He cited testimony that Michael Skakel and some relatives left the neighborhood at about 9:30 p.m. to go to his cousin’s house 20 minutes away to watch a Monty Python movie.

Santos also said there was no forensic or physical evidence linking Skakel to the killing.

In their ruling Friday, the Connecticut Supreme Court sided with prosecutors that Skakel received a fair defense, reports the Hartford Courant.

“Because we conclude that the petitioner’s trial counsel rendered constitutionally adequate representation, we reverse the judgment” of the lower court, the ruling said.

Michael Skakel has maintained his innocence.

“He didn’t get a fair trial and he’s not guilty,” Robert Kennedy Jr., Skakel’s cousin and one of his biggest defenders, told CBS News in February.

It wasn’t immediately clear if Michael Skakel will be sent back to prison or allowed to remain free if he appeals or asks the high court to reconsider.