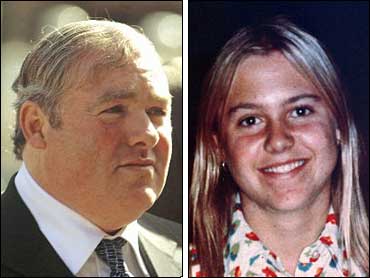 "We decided to go up to Greenwich and hang out…I've got my caveman club and I'm going to grab somebody and pull them by the hair and do what cavemen do," recalls Tony Bryant, about what his friends said to him the night Martha Moxley was murdered in Greenwich, Conn. in 1975.

Bryant told his story from that night during a taped interview requested by Michael Skakel's defense team, including his cousin Robert F. Kennedy, Jr., which was presented at a seven day hearing to reopen the case. Bryant is a cousin of basketball star Kobe Bryant.

48 Hours Mystery takes a look at this explosive video and the other recent developments in Michael Skakel's appeals to overturn his conviction.

On Oct. 31, 1975 a fifteen-year-old Martha Moxley was found murdered on her family's property. She had been beaten to death with a golf club. It remained a cold case for more than 20 years until 2000, when Kennedy cousin and long-time suspect Michael Skakel was arrested. At his trial in 2002, Skakel claimed to have been at his cousin's house at the time of the murder, but the jury did not believe his testimony. He was convicted of Moxley's murder and sentenced to 20 years in prison.

Led by Michael's brother Stephen and Robert F. Kennedy, Jr., the Skakel family continues to claim Michael is innocent, and that his conviction was the result of an overzealous prosecution. Kennedy in particular believes "somebody decided that - a Skakel was gonna go to jail."

48 Hours Mystery will reexamine the case, including the Tony Bryant video, where when asked if he believes his friends killed Martha Moxley he says, "I think they were definitely involved…there is no doubt in my mind they were involved." Will this evidence be enough to reopen the case?

Death by Text: The case against Michelle Carter

Inside the night that led to Kat West's mysterious death

Did Kat West's online life play a role in her mysterious death?
Thanks for reading CBS NEWS.
Create your free account or log in
for more features.
View CBS News In
CBS News App Open
Chrome Safari Continue
Be the first to know
Get browser notifications for breaking news, live events, and exclusive reporting.