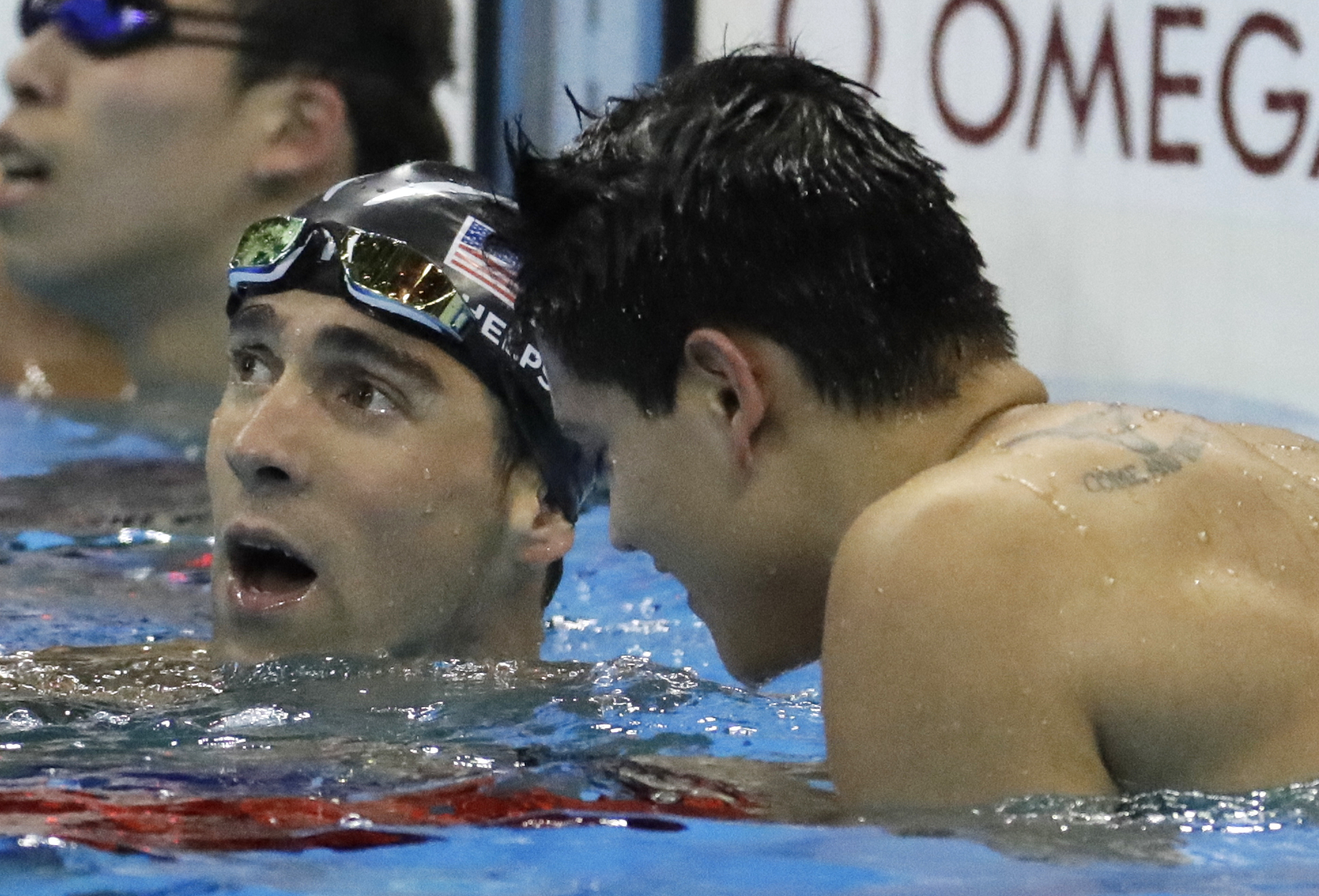 RIO DE JANEIRO -- A stunner at the Rio Olympics: Michael Phelps has been beaten.

Joseph Schooling of Singapore built a big lead on the opening lap and easily held off the hard-charging Phelps to win gold in the 100-meter butterfly.

So, unless Phelps decides to come out of retirement again, his final individual race at the Olympics will go down as a silver. He still has a chance to win his 23rd gold medal in his final race of the Olympics, the 4x100 medley relay.

Phelps was sixth at the turn and Schooling -- almost exactly a decade younger than the 31-year-old American -- wouldn't let him pull off one of his patented comebacks on the return lap. The winning time was 50.39 seconds.

Phelps shared the silver with two other longtime rivals, Chad le Clos of South Africa and Laszlo Cseh of Hungary. They all touched in 51.14.

Thursday night however, it was all gold for Phelps.

Phelps blew away Ryan Lochte -- and everyone else, for that matter -- to win his fourth gold medal of the Rio Olympics and 22nd overall with a victory in the 200-meter individual medley.

The race was touted as the last showdown between two of America's greatest swimmers, though there's never been any question about which one had the upper hand.

Phelps became the first swimmer ever to win the same event at four straight Olympics, and he always left Lochte trailing in his wake. Phelps finished a full body-length ahead of the field with total dominance on the breaststroke and freestyle legs, finishing in 1 minute, 54.66 seconds.

Lochte didn't even make it to the podium this time, after taking two silvers and a bronze behind Phelps at the last three Olympics. He led at the midway point but faded to fifth.

The rivalry between Phelps and Lochte spans 12 years, but simply calling them rivals is only half the story, CBS News correspondent Ben Tracy reported.

The two have been competing together and against one another for four Olympics. For 13 years, the veteran swimmers have dominated the 200-meter individual medley, CBSSports.com reported.

"The competitive environment between those two guys has always been good," said Gregg Troy, who coached both swimmers at the 2012 Olympics. "Even at their own testament, they both say they bring out the best in each other. And I think there's a mutual respect, but also they're very competitive and neither one wants to give in or go home."

Phelps made his Olympic debut in Sydney in 2000 at just 15 years old.