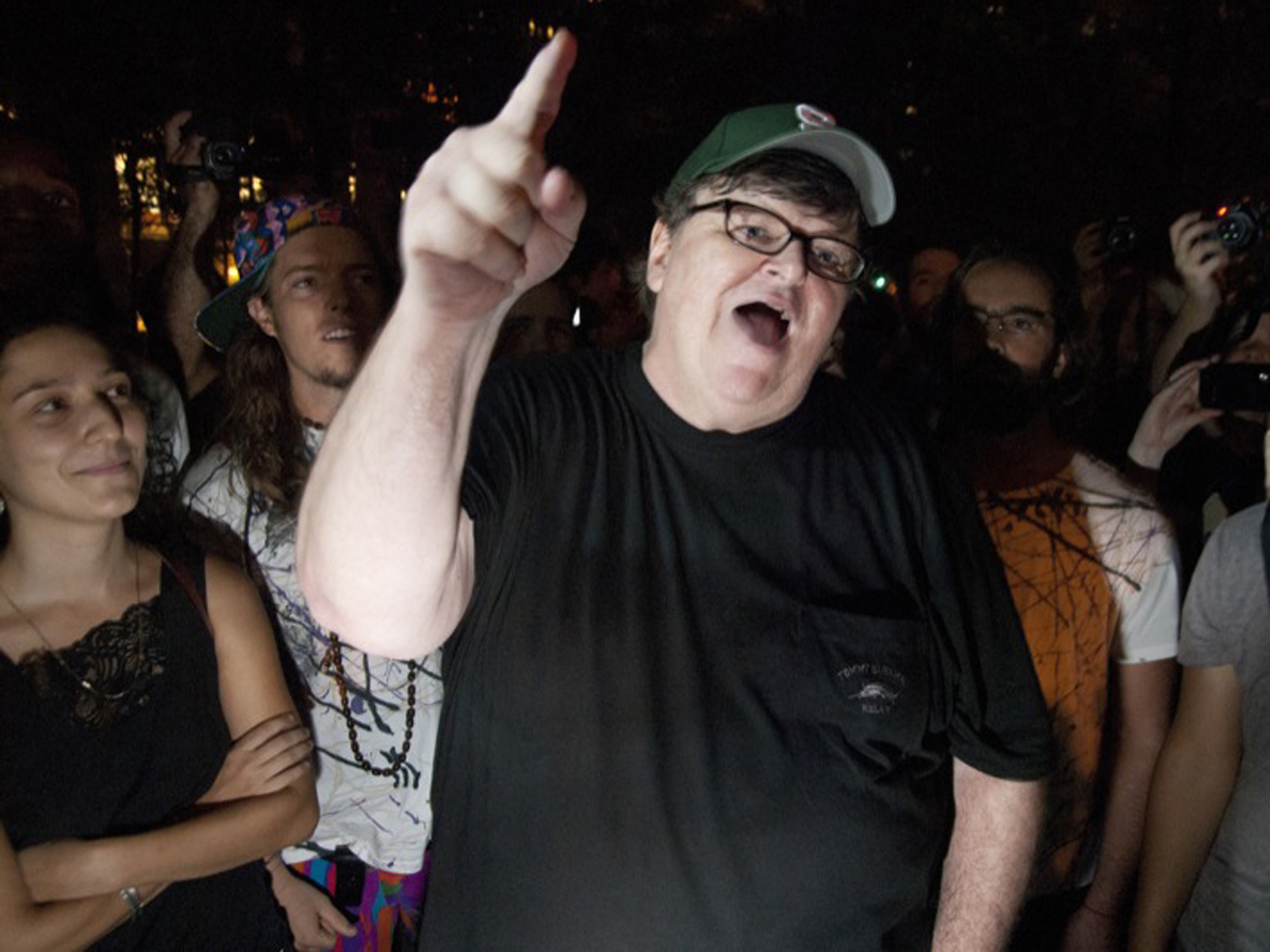 NEW YORK - Protesters camping out in a lower Manhattan plaza to speak out against corporate greed and social inequality got a morale boost Monday from filmmaker activist Michael Moore, who told the crowd they were the start of something big.

"It warms my heart to see all of you here," Moore told the few hundred people gathered at Zuccotti Park as part of the "Occupy Wall Street" protest. He told them they each represented thousands of other Americans, and to not lose heart, that "our power is derived from the people."

Moore posted a message on his Twitter account while he was still with the protesters stating: "This is just the beginning. Honored to be part of this."

He railed against Wall Street and the richest of the rich, saying "they have tried to take our democracy and turn it into a 'kleptocracy."'

The protest is in its second week. Moore, an outspoken critic of Wall Street and its role in the economic downturn, arrived in the evening.

"These people on Wall Street ripped off the future of many of these young people here and their not-yet-born children," he said. "It was the greatest heist, certainly of my lifetime. This protest has to start somewhere, and it might as well have started here."

While the main focus of "Occupy Wall Street" is centered on the financial world, those camping out in the park speak to causes covering the political and social spectrum, from supporters of Ron Paul to the anti-war activists of the Granny Peace Brigade. The protest has also included marches, with mixed results. On Saturday, about 80 people were arrested in tense and sometimes physical interactions with police.

Video of some of the arrests were posted online, and included scenes that appeared to show officers using pepper spray on women who already were cordoned off and officers handcuffing a man after pulling him up off the ground, blood trickling down his face. The police have said the response was appropriate to the situation.

A march Monday night was not confrontational.