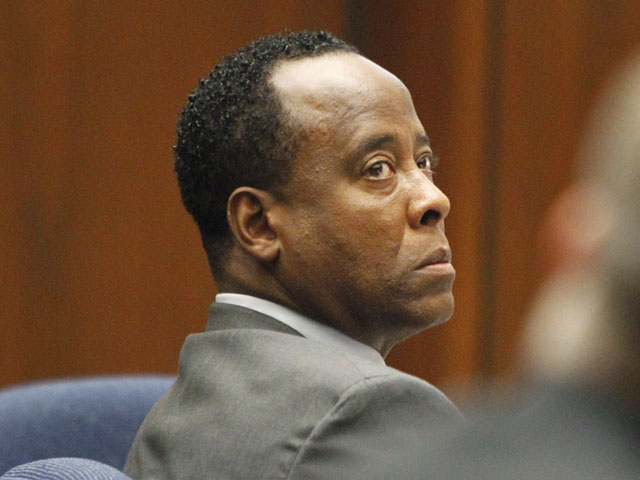 Williams returned Murray's call and told jurors that the doctor simply told him that Jackson had a bad reaction and to send someone up.

He said the doctor never told him to call 911 or described Jackson's condition.

Williams followed his instructions and sent a security guard to the bedroom of Jackson's rented mansion, where Murray had been giving the singer the anesthetic propofol as a sleep aid.

Williams said he arrived at Jackson's mansion just as the singer was being loaded into an ambulance. He said it was at that time he saw Murray, who he described as "frantic."

Authorities contended the Houston-based cardiologist gave Jackson lethal doses of anesthetic and other sedatives. Murray's attorneys claim Jackson gave himself the fatal dose while the doctor was out of the room.

Earlier in the day jurors heard from the attorney for the promoter of Jackson's final concerts who said Murray had requested life-saving equipment just days before the pop star's death.

Jurors also heard from an executive for the promoting company, AEG Live, who said the singer appeared strong during one of his final rehearsals.

Murray has pleaded not guilty and faces up to four years and loss of his medical license if convicted.