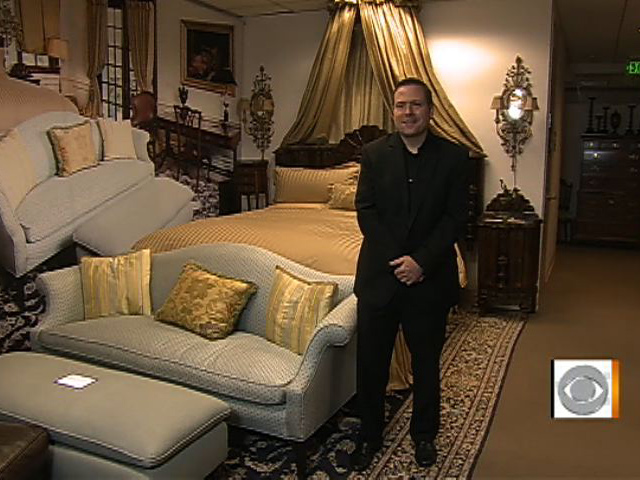 The contents of the rented mansion where Michael Jackson died in June 2009 are being auctioned off Saturday in Beverly Hills.

The furnishings are from the Holmby Hills home the singer shared with his children while rehearsing for a comeback concert tour.

Several of the rooms have been recreated in the auction house, Julien's Auctions.

Everything on sale - some 600 pieces in all - surrounded the pop icon during his final months, including items from his bedroom and his "medicine room" - where Jackson died from an overdose of the powerful sedative Propofol.

His actual deathbed was removed from the auction when Jackson's mother, Katherine, made the request. However, many of the singer's fans were allowed to come in and leave tributes on a white platform meant to symbolize his deathbed.

Julien's President Darren Julien gave "Early Show on Saturday Morning" viewers a tour of the contents on display and up for bid, from paintings to antiques to furniture - even his daughter's chalkboard, and an armoire with a mirror on which Jackson wrote an inspirational message to himself: "Train, perfection, March, April, full out May." Julien also told the story behind many of them.

For details on the auction and the items for sale, click here.