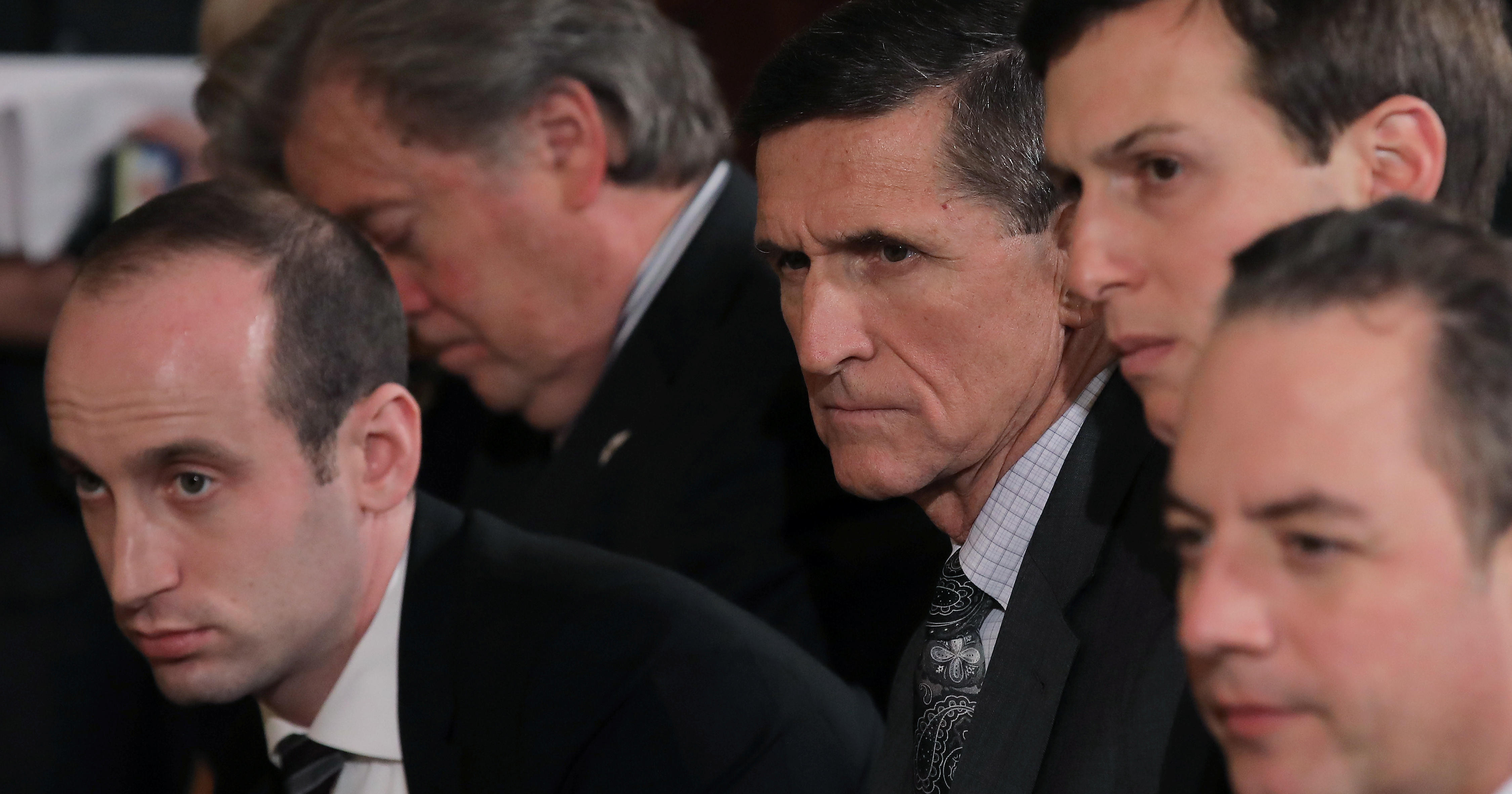 “The Intelligence Committee is already looking at Russian involvement in our election and they have broad jurisdiction over the intel community at large,” McConnell told reporters on Capitol Hill Tuesday. “And they can look at whatever they choose to.”

Missouri Sen. Roy Blunt, R-Missouri, chairman of the Select Intelligence Committee, told reporters that there were a number of unanswered questions, and he said it was likely that Flynn would be at some point asked to talk to the committee about his post-election activities.

Earlier Tuesday, Sen. John McCain said that he thinks “there is significant dysfunction in the national security apparatus of the Trump administration.”

The Arizona Republican said that the resignation of National Security Adviser Michael Flynn was, “certainly warranted for a number of reasons including the fact that the vice president was misinformed.”

Flynn was forced to resign late Monday evening over reports that he may have discussed sanctions with the Russian ambassador during the presidential transition and then misled Vice President Mike Pence about the matter.

House Speaker Paul Ryan said the president was right to get rid of Flynn.

“I think the president made the right decision to ask for his resignation. You cannot have a national security adviser misleading the vice president and others,” Speaker Paul Ryan weighed in during his weekly press conference. “I believe it was the right thing to do.”

But other House Republicans were more defensive of the administration than their Senate colleagues. House Intelligence Committee chairman Devin Nunes (R-CA) reportedly only had a response that expressed concern over the leaks that helped force Flynn out. This echoed the president’s tweet on the issue Tuesday.

“I wish leaks would not happen,” McCain replied when asked about the leaks, “I think pigs should fly, I think I should get double my pay, but none of those things are going to happen. It’s just not going to happen. Leaks are endemic to Washington, D.C., leaks happen, and they will continue to happen, they are at a level now with this administration I don’t think I have ever seen.”