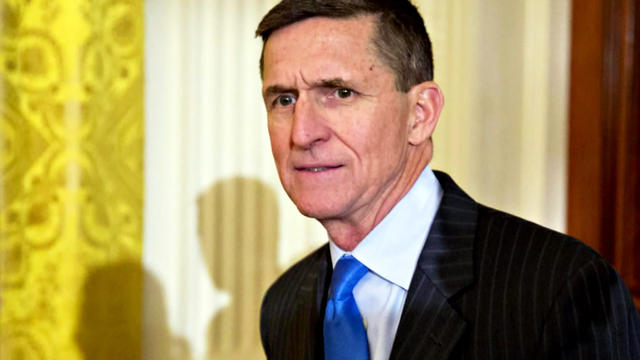 CNN was first to report the story.

Sources tell CBS News investigators have been using all tools at their disposal. The probe has been going forward aggressively and showing no signs of slowing down, and subpoenas are part of an investigation, the CBS News sources point out.

Flynn's attorney has not responded to CBS News requests for comment.

The FBI began its investigation in July into possible ties between Trump campaign associates and Moscow.

CNN cites people familiar with the investigation as saying the subpoenas "issued in recent weeks by the U.S. Attorney's Office in Alexandria, Virginia, were received by associates who worked with Flynn on contracts after he was forced out as director of the Defense Intelligence Agency in 2014."

Sources say investigators have been looking into Flynn's past dealings with clients tied to foreign governments, including Russia's and Turkey's.

Former acting Attorney General Sally Yates told Congress Monday she warned that then-national Security Adviser Flynn "essentially could be blackmailed" because he apparently had lied to his bosses about his contacts with Russia's ambassador.

The statements from Yates, an Obama administration holdover, offered by far the most detailed account of the chain of events that led to Flynn's ouster as national security adviser in the first weeks of the Trump administration.

Yates, appearing before a Senate panel investigating Russian meddling in the 2016 election, described discussions with Trump White House Counsel Don McGahn in late January in which she warned that Flynn apparently had misled the administration about his communications with Sergey Kislyak, the Russian ambassador.

Obama told Mr. Trump, who was president-elect at the time, to watch out for Flynn and warned him that Flynn would be bad news and that he would be wise to stay away from Flynn. This all occurred during their first meeting at the White House.

Trump, however, decided to hire Flynn anyway as his national security adviser at the White House. But just weeks into the administration, in February, Trump forced Flynn to resign because he had mislead the vice president about his contacts with the Russian ambassador.