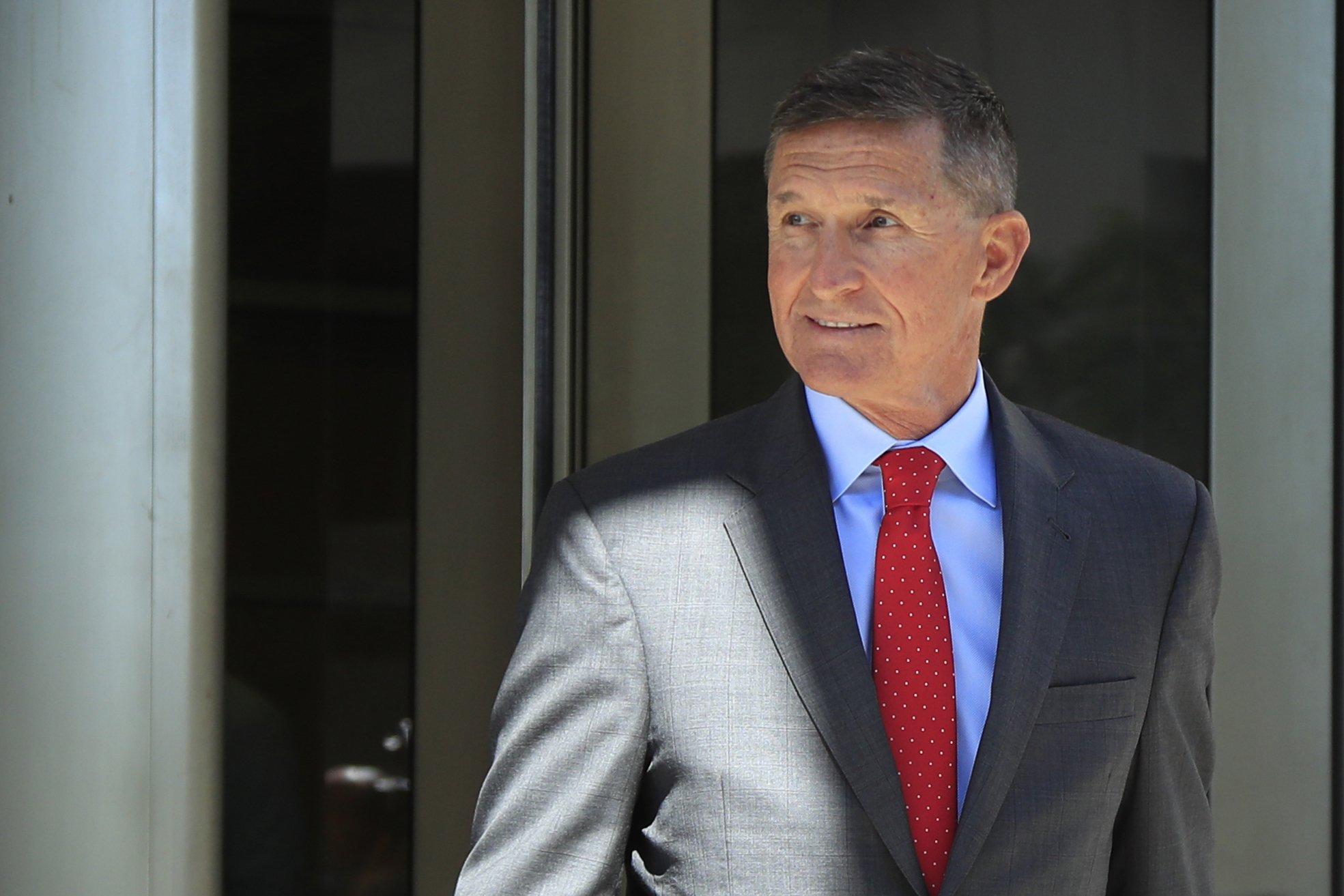 Bijan Kian and Kamil Alptekin were charged in U.S. District Court in Eastern Virginia with crimes connected to acting as unregistered agents of the Turkish government, according to a DOJ statement.

Flynn last year admitted to lying about his lobbying work. Prosecutors recommended he serve no prison time, and said he helped with Robert Mueller's Russia investigation, and also a separate criminal investigation.

The indictment notes that Kian was vice chairman of Flynn's business group, the Flynn Intel Group. They worked in 2016 to seek ways to have cleric Fethullah Gulen extradited from the U.S. to Turkey. The indictment does not name Flynn, apparently referring to him instead as Person A. It appears to refer to Flynn's business as Company A.

Flynn in 2016 wrote an op-ed criticizing Fethullah Gulen, a cleric living in Pennsylvania. The Turkish government had accused Gulen of helping instigate an attempted coup. Last month, the State Department said the U.S. is reviewing materials presented by the Turkish government, amid a report that the U.S. is exploring the possibility of removing Gulen from the U.S.

Flynn pleaded guilty last year to lying to the FBI about conversations he had with the Russian ambassador. He is scheduled to be sentenced Tuesday.