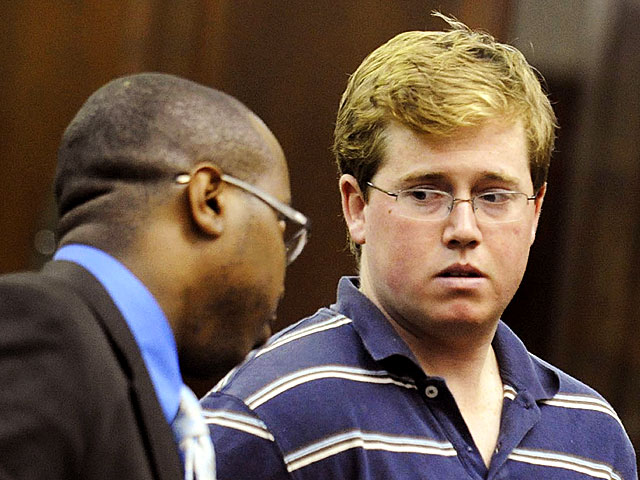 NEW YORK (CBS/WCBS/AP) Michael Enright, the college student charged with attempted murder as a hate crime after allegedly attacking a Muslim taxi driver, has been freed on bail.

The clean-cut honor student from Putnam County, north of New York City, said nothing as he left a courtroom Tuesday surrounded by a half-dozen of relatives and supporters.

Enright, 21, had been jailed since his Aug. 24 arrest. Manhattan state Supreme Court Justice Richard Carruthers set his bail last week at $500,000; Enright's family put up a suburban home and other assets to free him. He's due back in court Dec. 8.

Prosecutors say Enright flew into a rage after asking his driver where he was from and if he were Muslim.

When Ahmed Sharif of Bangladesh replied that he was in fact Muslim, the 21-year-old stude1nt - who was reportedly inebriated at the time - allegedly lunged through the cab partition with a Leatherman knife, reports WCBS.

As the two men allegedly struggled, Sharif lost control of the cab, which rolled for a block and a half in a busy commercial area in New York City.

Sharif survived the Aug. 24 attack, but suffered stab wounds on his forearm, a defensive wound on his hand, and slashes to his neck and upper lip.

Enright was arrested at the scene but has pleaded not guilty because his lawyer says the film student was struggling with alcoholism and post-traumatic stress disorder after a trip to Afghanistan.

Despite this episode, Sharif says he still believes in the American dream.

"I work hard," Sharif told WCBS. "I try to support my family and I believe in this country, if you work hard and you're honest, you're good, you can have anything you want."