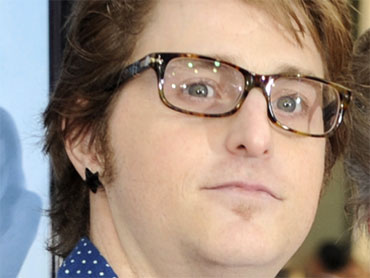 (CBS) Cameron Douglas, son of Oscar-winning actor Michael Douglas, was reportedly badly beaten in the Pennsylvania prison where he has been incarcerated since his drug-dealing conviction.

Pictures: Children of the rich and famous arrested

According to the New York Post, Douglas broke a finger and leg after, a source told the paper, a mobster offered a $100 bounty to anyone who injured the 34-year-old during the prison flag football league season.

Although Douglas reportedly left the league once he heard about the purported offer, he turned up injured in the infirmary shortly afterward. Cameron Douglas blamed his injuries on a handball game, but a source told the Post, "You don't break a femur playing handball."

The Post's source reportedly said Douglas was targeted "for being a rat.'"

Douglas promised to cooperate with a government drug investigation when he was sentenced to five years in prison after his arrest in July 2009 for dealing methamphetamine from a high-end Manhattan hotel. He testified in Dec. 2011 as a government witness against a co-defendant facing drug charges.

While he was in New York for that testimony, Douglas was caught having drugs smuggled into the Metropolitan Correctional Center on his behalf and an additional 4 1/2 year term was added to his sentence.